A Village Landmark Gets a New Owner and Direction 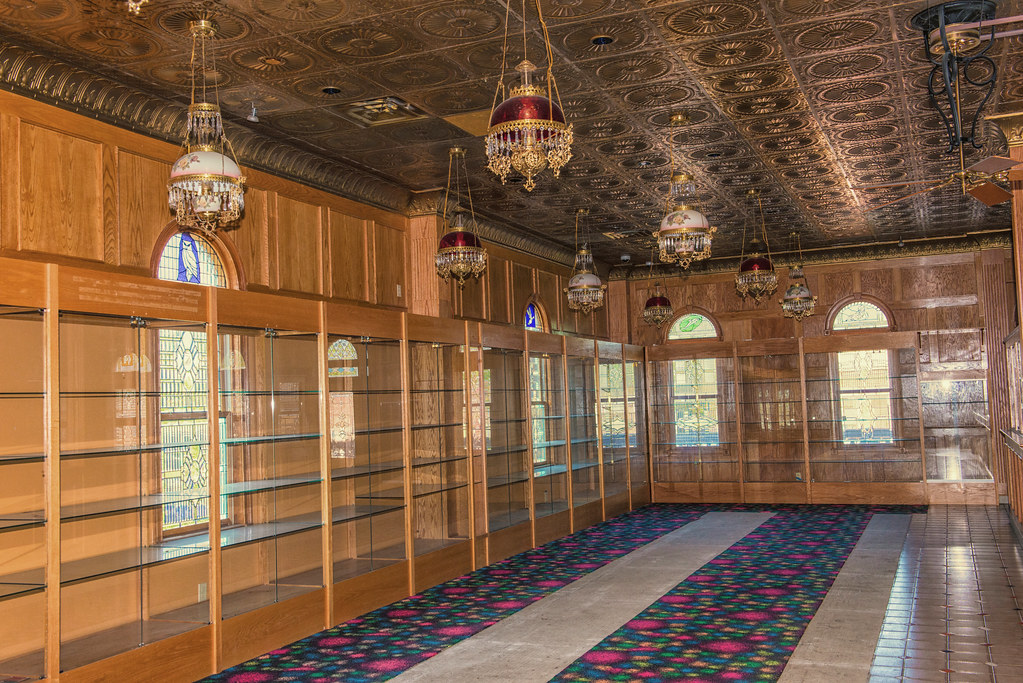 Built in 2005, the Carter Building was once home to Robert Carter’s expansive antique toy museum. The building housed a 1950s-style ice cream parlor that opened in 2007. The basement entertained children and adults alike with bumper cars, and the museum contained a working carousel. Carter’s passion for antiques and vintage toys led him to accumulate a collection that rivaled those of many state and national museums.

Upon Carter’s death in 2011, his family auctioned his collection, and the building went up on the market. The rooms that were once filled with the wonderment and joy of its visitors sat vacant and still until the recent purchase of the building by the Price family in 2016.

No strangers to Zionsville, the Prices have been members of the community since 1980. The patriarch of the family, Ken Price spoke about his family’s community ties that include his three children and nine grandchildren who also reside in Zionsville.

“All of our children, Mike, Matt and Angela, were raised in and currently live in Zionsville along with their families,” Price said. “Before I retired as an engineer, we started buying some properties along Main Street. This is a substantial village that has a marvelous reputation, and investing in properties that are likely to increase in value was just a smart thing for us to do for our future and our children’s futures. Once we began fixing up the buildings and reinvesting with the revenue earned off the buildings, we began improving the buildings even further.” 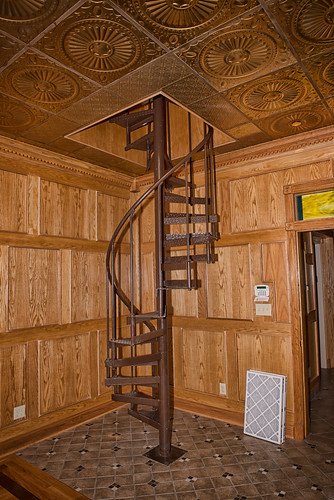 Local residents may recall that there was a substantial amount of damage sustained to the front façade of the Potpourri Building, also owned by the Price family, as a result of a vehicular accident. The family remodeled and improved the structure that has a popular history as a bridal parlor and a reputation that goes as far away as Chicago, Illinois.

“If someone is considering making a solid investment, then a wise investment would be in land and buildings that are in desirable locations,” Price said. “These are investments that retain their value. We thought that this was and continues to be a wise focus for our family. We bought properties in our town that we can see, take care of and know what is going on around them. After being cited for fixing up and beautifying our properties, we realized that the added bonus is that we are contributing to making our downtown more attractive.”

After purchasing the Carter Building, Price and his son Matt began working with the town of Zionsville on issues such as the parking ordinance. Originally, the building had a parking variance permitted for a toy museum and is allocated a dozen parking spots.

Price emphasized that the town council, mayor and department heads that were involved in the process were immensely supportive and helpful. There were no objections for a new variance when the Prices went before the Board of Zoning Appeals.

With the parking variance approved, the family proceeded with the next phase. What would become of the 14,000 square-foot building?

“When you own a building, you have to respond to what people want and what would make a good fit in the community,” Price stated. “We have a fund set aside to make the necessary modifications that will attract good tenants. The former owner, Mrs. Carter, did not want to go through the efforts of modifying, subdividing the space and dealing with prospective tenants at that stage in her life. To her credit, it is a laborious process and a lot of legalisms that go into making all of that happen.”

When asked what types of tenants and uses the Prices would like to see within their building, Price said that while there has been talk of apartments that would be leased on the top floor of the building, it is not the most likely of outcomes. 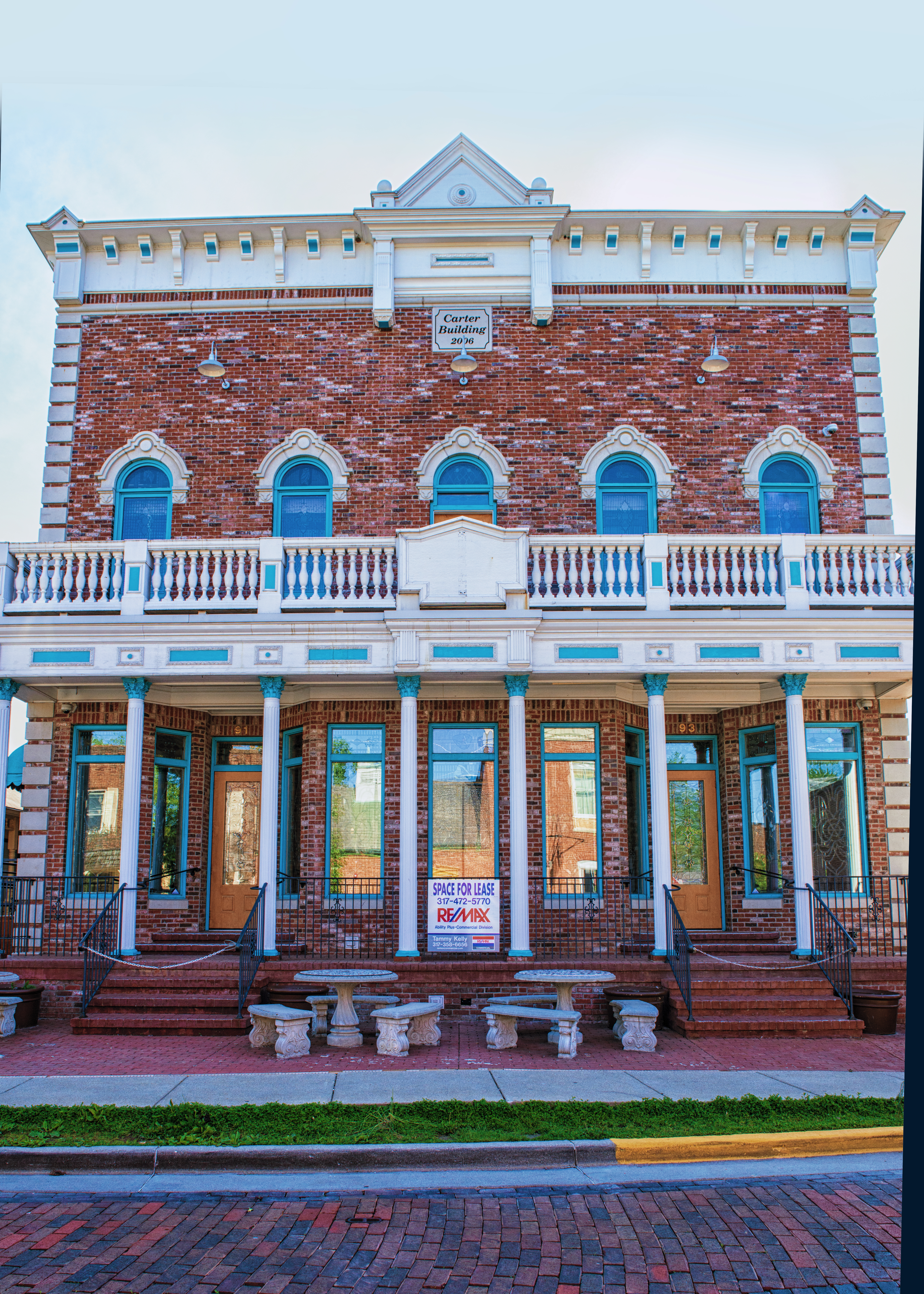 “We’ve had people come and ask if we were going to convert the spaces into apartments or condominiums and ask when they could put down a deposit,” Price said with a chuckle. “There is one apartment on the top floor that Carter used to house his monitoring systems that kept a close eye on his collection of antiques while he was alive.

“While no one has ever lived in that space, it is a nice one-bedroom facility. The downside to converting the space into apartments is that we would be giving up a lot of control on what goes on within the building. We brought in contractors to examine and entertain the various possibilities that would be feasible and economical. We can easily partition and subdivide the interior spaces without having to redirect the existing HVAC runs and ductwork. Thermostats can be installed, so that tenants can control their specific areas or floors. The building is well wired with drop ceilings for easy access and hook-ups.

“It is an ideal situation with plenty of opportunities to make modifications and to subdivide the interior spaces. Ideally we would have three tenants, one for each floor, because it is subdivided that way now from a power perspective but we know that is likely not going to happen.”

Price said that he personally would like to see the ice cream parlor revitalized by a small restaurateur who would keep the personality and interior touches that remain in that particular space. What is important to him and all of the members of the Price family is taking their time and finding the right tenants for the building. 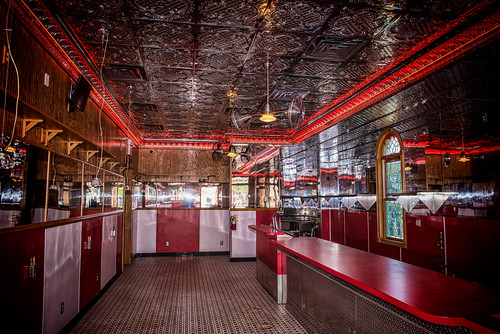 “We are not in a hurry and are currently looking at recruiting the right tenants for our building,” Price said. “We are looking for people who are established in their businesses and are proven. We want to solicit people and businesses that will be a good fit in downtown Zionsville.”

Matt weighed in on some possibilities that they are currently examining and entertaining.

“Our town’s leadership has been very thoughtful about the reinvigoration of downtown Zionsville and along Main Street. Along with the private investment that our family and the other property owners have made, the town’s leaders have worked hard to create an environment that attracts businesses. Recent public policies promote and encourage the property owners to reinvest.”

While the Price family is looking forward to what the future holds for their latest investment in the Carter Building, they are committed to honoring the family that came before them and immortalizing their legacy.

“The Carter family has contributed a great deal to Zionsville over the decades,” Matt emphasized. “We wanted to show our appreciation for their contributions, and so we had written in the deed that the building shall be forever named the ‘Carter Building’ in remembrance of the man and the family who helped build our town.”