Those with deep Zionsville roots marvel at their hometown’s changing landscape. They say the Zionsville of today has blossomed into a different town. New housing developments have replaced rurafl farmland. Sleepy streets have transformed into bustling roads. A few landmarks remain and pay homage to Zionsville’s historic roots and pastoral pedigree.

Salem Crossing Bridge is one such fixture. Many are familiar with the iconic covered bridge sitting in the meadow on Hunt Club Road, but less known are the bridge’s origins and notable visitors. 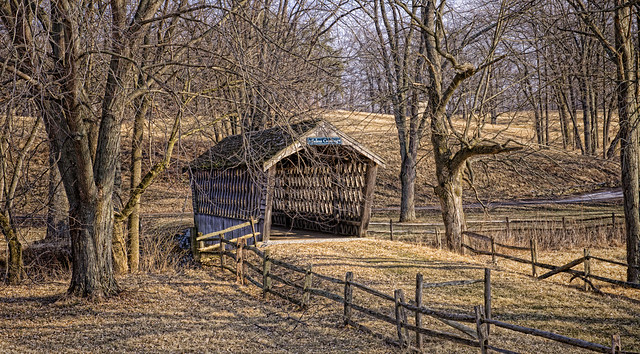 Zionsville resident Sharyl Border is well acquainted with the bridge. Her stepfather, E.J. Murphy, finished construction on the bridge in 1972. She discusses the bridge with a mixture of awe and sadness. To her, the bridge is both beautiful and painful. It conjures up both pleasant memories and recollections of family loss.

Border was introduced to the bridge in 1971 when her mother married Murphy, and they moved into his Hunt Club home. She says the bridge was under construction at that time.

Border speculates that Murphy built the bridge for both functionality and significance. It served as a passageway over Fishback Creek for the many animals that lived on the property. However, Border thinks the bridge was mostly constructed as a symbol of Murphy’s modest beginning.

E.J. Murphy came from humble roots in Seymour, Indiana. He earned an engineering degree at Purdue University and subsequently moved to Zionsville. Murphy took over Robbins Electric and grew the business into one of the largest electrical contract companies in the country. His company was responsible for wiring Walt Disney World and the Superdome in Louisiana. He also owned several other businesses.

Murphy used lumber from his childhood home in Seymour to build the bridge. Border says the construction was purposeful. 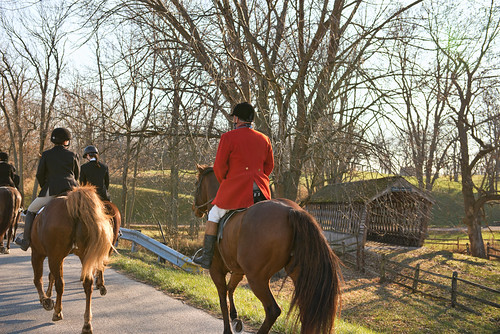 Border remembers hundreds of people in attendance at the dedication including the Secret Service. She recalls the Secret Service confiscating all of her stepfather’s hunting rifles. Border says she was starstruck by seeing Greene, a household name at that time, at her home.

Murphy told his children that Deppert was a relative and a war hero. In reality, Border says her stepfather found a picture of Deppert at a garage sale with Deppert’s name listed on the frame. Murphy hoped the story of a war hero in the family would inspire his children to greatness. A plaque dedicating the bridge to Horatio Deppert still hangs in the interior of the bridge.

Murphy passed away in 1981. The Kennerk family purchased the property and bridge in 1982 from Murphy’s estate. The Kennerks renamed the bridge Salem’s Crossing in 1996. 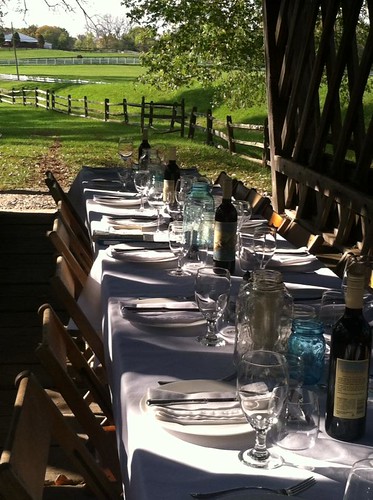 Emily Kennerk says many people think the bridge is an entryway to the property. While the bridge is functional, Kennerk refers to the bridge as a “decorative” addition to the meadow.

At least 20 weddings and wedding receptions have been conducted on the property. Most of the weddings have been for family members. The Kennerks let Border to get married on the bridge. The bridge has also served as the backdrop for many family photos, senior pictures and farm dinners.

Emily Kennerk calls the bridge an “intricate part of their family” and says she feels privileged to live in the shadow of the bridge.

“Everyone knows the bridge,” said Kennerk. “It has become a symbol of Zionsville.”