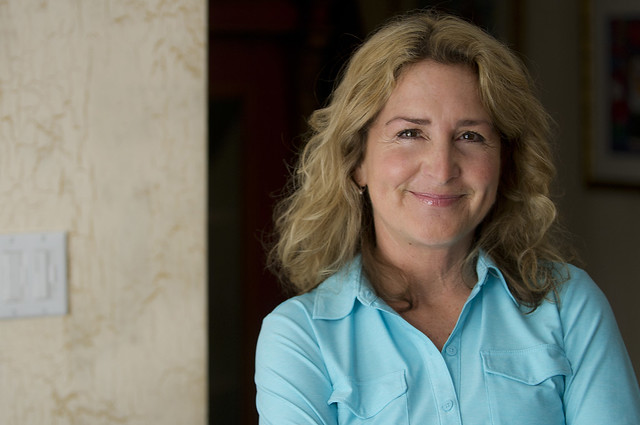 On May 3, more than a dozen writers will take the stage at the Indiana Historical Society to read their essays on motherhood. It’s the third time the production “Listen to Your Mother” has performed in Indianapolis. Audiences can thank Zionsville’s Judy Miller for bringing the show to town.

Miller is co-producer of “Listen to Your Mother: Indianapolis”; it’s just one of her many roles. She’s also an author, writer and adoption educator. But, Miller admits her favorite roles are wife and mom. She is wife to Mark Miller and mother to four children: Holden, 22, Josi, 17, Aubry, 15, and Greyson, 13.

Miller weaves her passion for motherhood into her profession. She has published hundreds of articles, penned two books and presented numerous lectures on the topic of motherhood. Her works span
from the educational to the tenderhearted. Most of her pieces center around subjects near and dear to her heart: adoption and special needs. 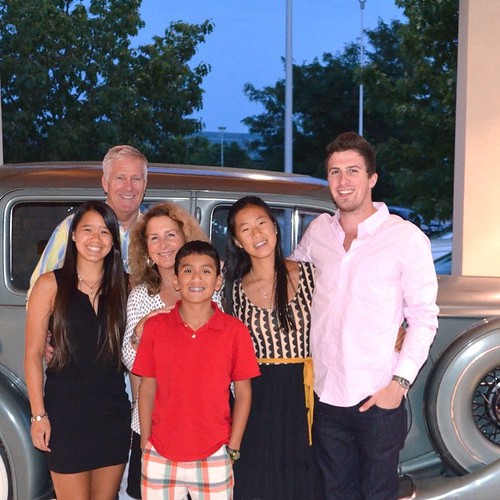 From a young age, Miller knew she wanted to embrace differences. When she met her husband and they discussed marriage, Miller voiced the desire for a multiracial family.

“He was all for it,” Miller said. “Being two white people, we knew we had to raise this family through adoption.”

“I feel like it was pushing us forward where we really were meant to go,” said Miller.

The Millers felt a pull to adopt from China. They adopted their two daughters, Josi and Aubry, from China in the span of two years. Two years later, the couple traveled to Guatemala to welcome son Greyson. All three children were adopted as babies.

Miller calls the adoption process a “journey of faith.”

Miller says it’s a gift to discover her children’s personalities.

“It’s unpacking all the mysteries; it’s lovely,” Miller said. “Adoption is an amazing way to grow or expand your family. It’s not for everyone, but it’s definitely for us.” 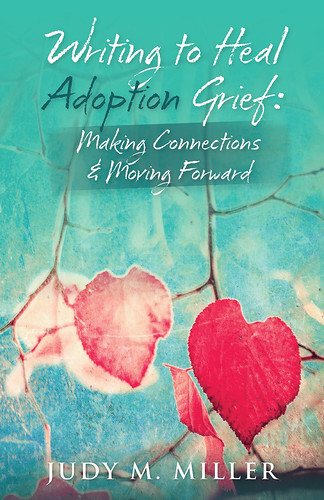 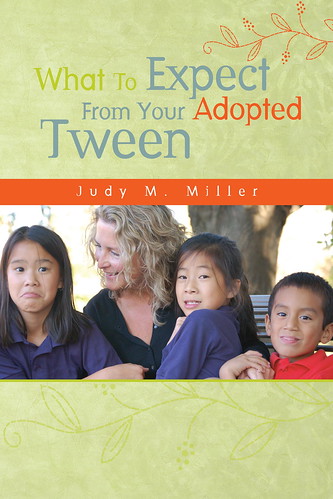 At a young age, one of Miller’s daughters struggled with developmental delays. Thanks to therapies and early interventions, Miller says her daughter blossomed. “It was beautiful; she came out of her cocoon,” Miller gushed.

But Miller faced challenges navigating the world of special needs while raising three other children. She recalls her daughter’s therapist giving her a stern lecture.

“She said, ‘You need to take back your identity and yourself. You’ve been through a lot. It’s time,’” Miller said.

Shortly thereafter, Miller started to write to find herself again and to process her daughter’s journey. Miller admits to becoming more confident as she began to express herself through written words.

In 2007, Miller submitted her first piece for publication. Dallas Child picked up her essay “The Dragon’s Rest.”

After publication of that essay, Miller was hooked on writing. Since then, Miller has published hundreds of articles and essays. Her works have been featured in “Chicken Soup for the Soul: Thanks Mom” and “Cup of Comfort for Adopted Families.”

She has also authored two books: “What To Expect From Your Adopted Tween” (2011) and “Writing to Heal Adoption Grief: Making Connections & Moving Forward” (Spring 2015).

Miller, who devotes at least three hours a day to writing, maintains a blog called Parenting Your Adopted Child: Tweens, Teens & Beyond (judymmiller.com). 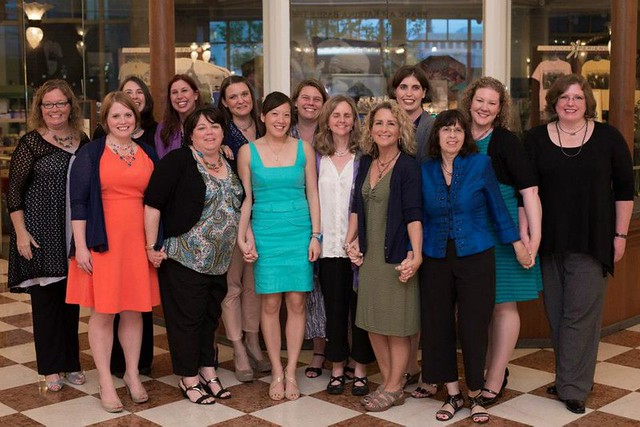 Listen to Your Mother

In 2012, a writer friend told Miller about the show “Listen to Your Mother.” The show was touted as “providing motherhood a microphone.” “Listen to Your Mother” was performed in cities across the country (currently 39 cities host the show), but not in Indianapolis. Miller traveled to the closest host city, Valparaiso. She auditioned with her essay “Soul Speak” and landed a spot on the cast.

Miller refers to the show as “one of the most incredible experiences,” and she vowed to bring the production to Indianapolis.

To get a spot on the show, writers submit essays on motherhood. Miller and McNally weed through the submissions to find pieces that best fit the intention of the show. Finally, cast candidates audition by reciting their work in front of Miller and McNally.

“We want to make sure the thrust of the piece is motherhood,” Miller said. “We were looking
for universal topics with different angles.”

McNally says that Miller has a knack for identifying pieces that resonate with others. She added, “Miller is an amazing writer. She’s able to easily organizes pieces and transfer writing to spoken word.”

After the 2013 show, Miller referred to herself as “the proudest mama in the world.” She says it took her a week after the show to get off her high.

Past cast members reflect fondly on their experiences too. Zionsville’s Katy Gehan, a member of the 2014 cast, refers to the experience as “transformative.”

“I was nervous about a public reading for so many reasons, but when I stood at the podium, the audience was a comfort,” Gehen said. “I felt powerful and necessary—the way all mothers should. I was also blown away by the joys and sorrows that other cast members shared and carry with them every day. I was humbled and learned so much from them.”

On May 3, Miller and McNally will put on their third “Listen to Your Mother: Indianapolis” production.

Thirteen writers are set to read their essays, including the first male cast member. The show will be performed at the Indiana Historical Society at 1 p.m. and 5 p.m. Group pricing is available this year. A portion of the profits will benefit Second Helpings.

Miller says the messages from “Listen to Your Mother” resonate with audience members.

“These are heartfelt stories about being a mom and having a mom. Motherhood is universal,” Miller said. “Everyone is somehow touched by motherhood. We have stories that are humorous, sad and thoughtful.”

She continues, “Motherhood is complicated. It’s the hardest and greatest thing we will ever do.”