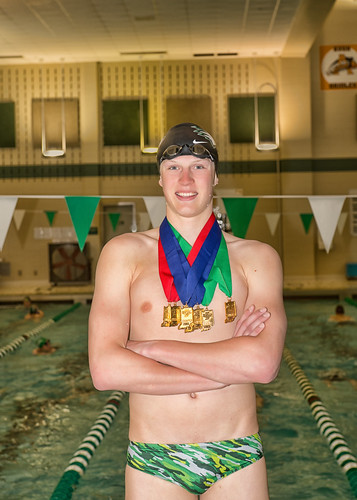 Theory and history seem to agree when it comes to the evolution of the superb athlete.

They both will say the athlete picks up his or her preferred weapon, or adopts his or her sport at a young age and polishes the budding craft for years on end. The racket of the tennis player or the club of the golf player may be longer than the owner’s height. The basketball player learns to dribble with both hands before he or she knows how to write with either. And the pee wee soccer player understands the importance of perfecting dribbling, headers and tackling by perhaps the age of 6.

Such is also true with swimmers. Before stretching into long legged frogs, they probably started as ambitious tadpoles at a local swim club.

But this was not the path taken by one of the state’s top high school swimmers. You see, Zionsville state champion and Tennessee recruit Kyle DeCoursey didn’t fully discover the swimming pool until his freshman year of high school.

And only after he tossed in the towel as a basketball player.

“Kyle would swim some at the [Zionsville] Aquatic Center during the summer, but he was more into basketball, football and cross-country,” said his mother, Ginger. “But before his freshmen year, he told us he was going to try swimming in high school.”

It became a decision of destiny. Even though young Kyle and his growing frame has spawned into 6-foot-6 in height with a 7-foot wingspan, may have been a great addition to the Eagles basketball team, DeCoursey became a giant in Hoosier high school swimming settings during the last three high school seasons. For example:

• Kyle won both the 50 and 100-yard freestyle this February in the IHSAA state meet at the IUPUI Natatorium.

• He set the 50-yard freestyle state record, splashing out a time of 20.08 in the preliminaries.

• His 400-yard freestyle team (Harmon, Schuler and senior Cameron Gelwicks) paddled to a championship with a time of 3:03.55.

• Kyle helped lead Zionsville to an all-time best finish in state competition, finishing second to Carmel in the state finals.

• He is now ticketed to a top-flight Southeastern Conference program at Tennessee. 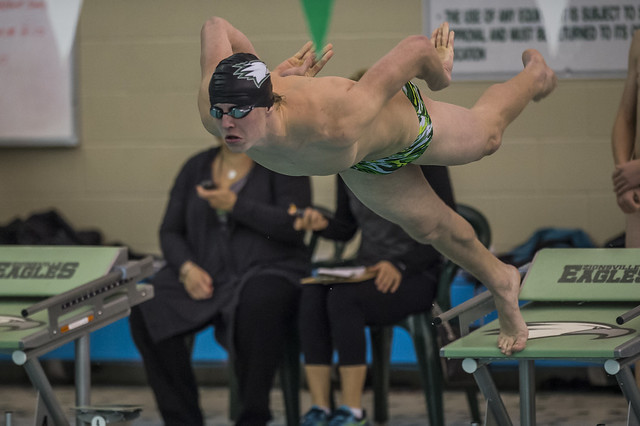 “I just didn’t get that much into swimming until my freshman season,” said Kyle, who recently turned 18. “I took swimming lessons, but it was nothing big. But during my freshman year, I got hooked on swimming.”

However, that is still not to say that swimming has speared all of his free time. Earlier in March, Kyle went on a week-long hunting trip to South Dakota with his two grandfathers.

“He has always loved to fish and hunt,” said Ginger, whose eldest son took up the outdoor sports as an 8-year-old.

But Kyle also has strong roots in swimming. Both parents, Ginger and Matt, were standout swimmers at Carmel. In fact, Ginger was a freshman for the Greyhounds girls swimming team that started the current 29 consecutive state championship streak.

After pocketing four individual state titles at Carmel, she swam at Purdue, while Matt competed with the swimming team at Wheaton College (Illinois).

“It’s been fun to be part of his success,” admitted Ginger, whose father, George Faerber, played and coached basketball at Purdue. “It has been surreal. We had no idea that it would end the way it did this year. We have really loved to go to his swimming matches.”

Alas, sometimes mother and father couldn’t go as a tandem to Kyle’s meets. Kyle is one of six DeCoursey children. Sister Gretta is a sophomore swimmer at Zionsville and brothers Joel (basketball and football) and Bennett (football and wrestling) are on eighth grade teams in middle school. Not to be forgotten are second grader Charlotte and kindergarten student Gwen who are still eyeballing their athletic choices.

“We learned to split off,” said Ginger.

Now, there may be bigger attendance challenges, starting next winter. Knoxville is almost 400 miles away. West Lafayette is less than an hour away from Zionsville.

“We really thought he would go to Purdue,” said Ginger. “But he went to Tennessee, and he fell in love with the university and the team. That is fine with us. We wanted him to be around good people and not just good coaches.” 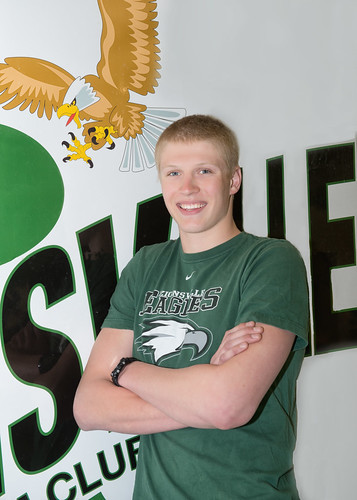 Kyle says he is plotting out his goals. He wants to make a relay team as a freshman, grow into an individual performer in the remaining three years at Tennessee and possibly earn an Olympic berth in 2016 or 2020. Anything could be possible. He has sliced off three seconds in his 100-yard freestyle in the last two years.

“The Olympics would be my ultimate goal,” he confessed. “But there are other things that will come along first.”

The younger DeCoursey credits his parents for his swimming successes.

“I was blessed that they were both great swimmers,” Kyle said. “But they have also never pushed me. They would say good job and maybe add some thoughts.”

Those strategies by the parents were by design, said Ginger.

“We tried to just observe and cheer,” she said. “Swimming has changed since we swam. The techniques and training are different. And we didn’t want to overstep Eric [Zionsville coach Eric Meyer]. We are thankful for all that Eric did for Kyle.”

Meantime, Kyle will return to the swimming pool for workouts this spring. At least he will for sure in between those hunting and fishing trips with his grandfathers.