Have you ever set your sights on a goal and once you reached it, you were disappointed? Have you had unexpected events knock at your door and derailed your carefully made plans? Have you ever decided to take the passive position to just let someone else do the job? Chances are that these things have happened to you. And then you are faced with the really tough question of “Now what do I do?” Coach Tommy Richardson is well versed with how to deal with successes, challenges, and disappointments in order to keep moving forward toward your own personal happiness and fulfillment. 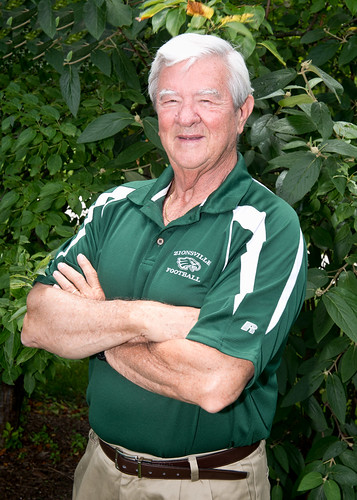 At 77 years old, Tommy Richardson has no desire to slow down and sit on the sidelines. He has volunteered for the past 17 years as an assistant coach for the Zionsville Community High School football team. He holds several powerlifting records, including state and world titles. He is one belt below a “black belt” in martial arts. He created his own company, Richardson Performance Coaching, to inspire executives and individuals toward their personal successes. He has just had the Camden Tennessee High School football stadium named in his honor. And he is just getting started!

According to Tommy, “I see a lot of people who retire and believe they are finished. They are no longer stretching themselves. But why should we quit? There is no finish line. There are more opportunities to live longer, be more engaged in life, and help other people. Age should not be a factor. There are always ways to challenge yourself.”

Tommy’s career began as Head Coach at Camden, Tennessee High School when a winning tradition was non-existent. He brought the team to one of the winningest seasons ever witnessed. He became one of the most heralded coaches in the state, but on the way, instituted an advanced weight-lifting program, track team, and wrestling and boxing programs. He also started and facilitated a chapter of Fellowship of Christian Athletes (FCA). And he still had time to work part-time at State Farm Insurance Company. 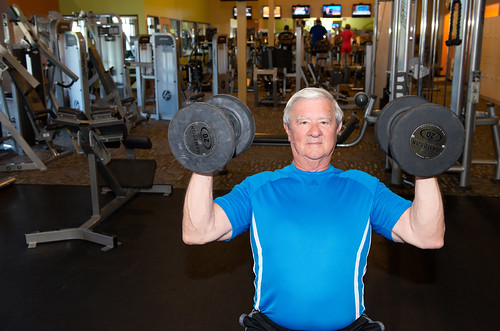 State Farm saw talent and determination and coaxed him to be a full-time agent in Camden and leave his football legacy. He was quickly promoted to agency manager and transferred to the south side of Indianapolis, and eventually agency director for a quarter of the state of Indiana. Life was full of excitement, challenges, and fulfillment. But then, Tommy’s wife, Peggy, passed away. He was faced with a new set of challenges in dealing with his loss and how to raise his children and their families.

Tommy explained after he began dealing with his own grief, he began to take action by running several miles a day. It was during that time that he released his tears, anger, and frustration while clearing his thinking and strengthening his body. He eventually came to see that he didn’t want to sit on the bench for the rest of his life and wanted to get back in the game. He needed to be strong for the sake of his family, friends, and career. He moved back to Lafayette to become agency director, recruiting, and training with State Farm. He was later promoted to vice president at State Farm and married Cathy 17 years ago. Life was beginning to move ahead again.

Eventually, he took early retirement and formed Richardson Communications Group to help businesses and individuals realize their personal best. And he became a partner in a developmental company called Synergy Training with his friend Jack Klemeyer.

Volunteering with our high school football organization has brought Tommy great fulfillment. He stood beside Coach McWharter for 17 years. This year beside Coach Echeverria, Tommy is leading the coaches and players in character-building exercises. Each week, one of the coaches selects a specific character trait, such as confidence or honor, and presents the concept to the team. A few days later, they regroup to discuss the outcome and implement the idea.

You may be thinking it is simply too late to make a difference in your own life or someone else’s. You may not know how to begin to move ahead. You may feel too defeated to even try. But here is what Tommy recommends to get the wheels moving again.

First, start with what you already have…talent, passion, and skill. Be grateful for what you are and things you have. Second, continue to pursue what you can gain for excellence. Third, find someone you can help. It’s gratifying, and sometimes, just listening to another is helpful to them. 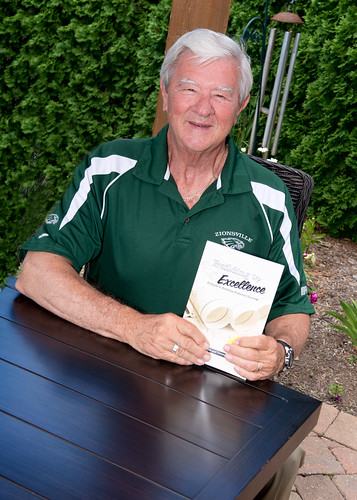 Don’t strive just to be successful and excellent, but rather strive to be excellent using all of your potential to go as far as you can using all you have. Learn to be excellent with your talents, and then give back to others.

Building to Excellence is the new book Tommy Richardson co-authored with Jack Klemeyer. This book will rekindle your fire for moving ahead and finding satisfaction in the purpose of your life. Available at Black Dog Books in Zionsville or Amazon.com, you will be inspired to make the most of your journey of life. Visit coachtom.net. He is also available for speaking, training, and coaching at [email protected] Get ready to get back in the game of life!