It's Time to Drag Race Down Main Again 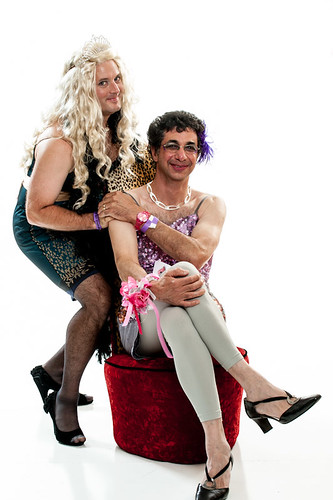 Z’Sparkle Party Drag Race to End Alzheimer’s is a light-hearted and fun event designed to bring people together to raise awareness about this devastating disease while raising money to support the Alzheimer’s Association.

It is an idea that began in 2010 with a sparkly dress, a lost bet and a group of friends looking for a way to raise money for the Alzheimer’s Association. It quickly grew into an event including dozens of brave gentlemen from right here in our own community and beyond. These brave souls, including TownePost publisher Tom Britt, have agreed to don a dress, collect donations and “run” down Main Street in the name of a very good cause on Friday, August 8, 2014. A new feature added in 2013 was the “dudettes”—women dressed as men, swaggering down Main Street for the cause.

Since its inaugural year in 2010, Z’Sparkle Party Drag Race to End Alzheimer’s has raised over $100,000 for the Alzheimer’s Association Greater Indiana Chapter. Says co-chair Amy Lacy who lost her mother to Alzheimer’s in 2010, “When we hit that mark we felt like our crazy little event had really made a difference in the fight against this horrible disease, but we want to do more—so we’re back for our fifth anniversary!”

Along with the “dragstars” and “dudettes,” the event features a DJ and a special VIP tent in the Town lot at Pine and Main Streets. Opening at 7 p.m. that night, the tent, sponsored by Zionsville Meadows, will provide an opportunity for guests to sample delicious food and spirits while meeting and mingling with the dragstars and dudettes. Microbrews, wines and signature “Sparkle-tinis” will be provided by Cobblestone Grill. Tickets are available online at zsparkledragrace.com, at Akard True Value Hardware or at the door. $12.00 online/$10.00 at Akard. 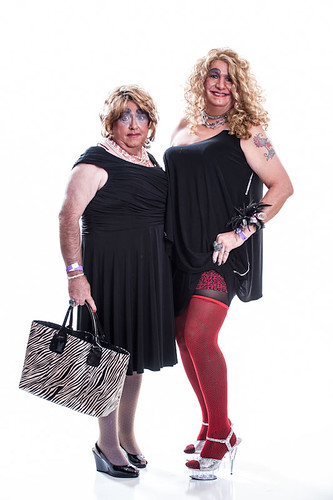 The Main Street race event itself begins at approximately 8 p.m. with a parade of the participants. This event is free and open to the public, although donations are strongly encouraged. Emcees Anne Ryder and Ray Cortopassi officiate as the dragstars and dudettes strut north on Main Street to Oak Street, collecting donations.

Immediately following the parade, participants will have the opportunity to compete in one of three race classes in an attempt to win a first-place crown. But in the end, instead of speed, it is the donations received that are the real “driving force” of this event.

An award ceremony follows and the VIP tent party will continue after the race with more awards, music and fun. “This is really a night you’ll remember, says event Co-Chair Leigh Ann Akard, “and that’s what this is all about—memories—and putting an end to the disease that so cruelly steals them.”

So please come out Friday, August 8 and support the Alzheimer’s Association Greater Indiana Chapter while creating your own memories. “Please help us find a cure,” says Akard, adding with a laugh, “before we forget what we lost!”

Please visit ZSparkleDragRace.com for more information or to make a donation.