Through the Lens: Lloyd Riley

Photography // Lloyd Riley and Courtesy of the SullivanMunce Cultural Center 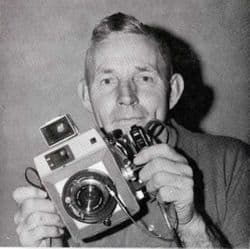 Last November, I was working on a project that necessitated some quality time spent at the SullivanMunce Cultural Center, going through some of its photograph collections. As I leafed through dozens of images that portrayed life in Zionsville over the decades, I came across a box that contained several file folders. What I had rediscovered was an impressive and breathtaking collection of black and white images of people, places and things throughout Zionsville and Boone County. These images are the artistic expressions of life in Zionsville in the mid to late-20th century captured by a remarkable photojournalist, William “Lloyd” Riley.

Riley was born on April 16, 1910, in Mohawk, Tennessee. He married his bride, Virginia Jean Riley, in Lebanon, Indiana, in 1932. Riley was a freelance photographer for the Zionsville Times, The Northern Suburbanite, The Indianapolis Star and other publications. In addition to being a photojournalist, Riley was an accomplished gardener for 47 years; 27 of those years he worked as a forester/groundskeeper for J.K. Lilly Forest Reserve known today as Eagle Creek Park.

In an article written by the late Joan Lyons, Riley would visit Zionsville in his youth along with his “Uncle Ike” Smith who had a farm on 86th Street. The pair would often frequent Ef Hill’s Hardware store that was once in Zionsville. His affinity for the town and the immediate area would be a source of inspiration as he began his training as a photographer.

Lyons noted in one of her articles that Riley photographed area Sunday afternoon rodeos in the 1940s that were held in Zionsville, Lebanon, Frankfurt and Brownsburg. He would sell his prints to the exhibitors that he had photographed. According to Lyons, Riley’s first sale to the local newspaper in 1954 was of Helen Clampitt, Zionsville’s first telephone operator in 1899. Clampitt was posed at the display of the Union Telephone Co. The photo was taken during the Fall Festival along with Carolyn Ford (Pennington), a Zionsville beauty queen. 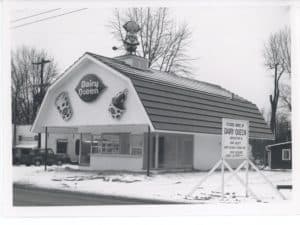 Afterward, Riley was asked by the local Zionsville newspaper to cover local events on a regular basis, which he did with enthusiasm and in great detail before he retired from photojournalism in 1978, though he never fully retired from his passion and would take photographs of special events and moments in his spare time. He retained his job with the Lillys until Mr. Josiah K. Lilly’s death. Riley went to work for Mrs. Bowman Elder as a caretaker for her property on Moore Road until Riley’s failing health forced him into retirement.

Riley died on January 4, 1995, and is buried alongside his wife, Virginia, in the Zionsville Cemetery. After his death, a large part of his collection of photographs was donated by his family to the Pike Township Historical Society who, upon realizing that a great deal of the images were of Zionsville and Boone County, gave the photographs to the SullivanMunce Cultural Center where a brand new exhibition honoring his work will open on November 15, 2019.

“Through the Lens: Lloyd Riley, Photojournalist” will open just a little less than a year from now and will remain on exhibit until February 22, 2020. The exhibit will show visitors life in Zionsville throughout the 1950s, ‘60s and early ‘70s.

In addition to this remarkable exhibition, the SullivanMunce, in partnership with Zionsville Monthly, is announcing a community photography contest that is open to all ages. The photograph contest begins now through October 12, 2019. At the end of the contest, a photo in each of three categories – Best Adult, Teen and Youth – will be judged by a selected panel and showcased next to Riley’s work at the opening of the exhibition. 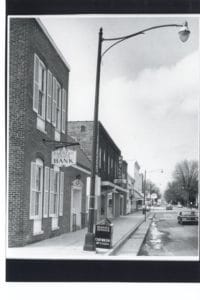 The purpose of the contest is to add photographs from residents to the SullivanMunce’s Historical Collection, which documents life in Zionsville, past and present. Submission ideas include parades, sporting events, ribbon cuttings, businesses, contests, holiday activities, school activities, political races, landscapes/streetscapes, police, fire, scouts, residences, special events, church events, etc. The intention is to increase community involvement in preserving the history of Zionsville, increase the Historical Collection to include decades not currently represented and promote the mission of the SullivanMunce Cultural Center while honoring Riley in the process.

John and Candace Ulmer, Zionsville residents and volunteers at the SullivanMunce, shared their personal memories of Riley. Candace, a current board member at the SullivanMunce, explained that she and John first met Lloyd back in the early 1990s through their affiliation with Herbert (Herb) Smith, a past potentate at The Murat Temple in Indianapolis.

“Herb and Lloyd did the ‘Shrine Bowl,’ an old football game played between northern and southern Indiana high schools,” Candace said. “The Shriners sponsored the game, and Lloyd was the photographer. The Shrine Bowl was one of the events that we [John and I] worked on when we were with Faris Mailing, Inc.”

John added, “I first knew of Lloyd from seeing his pictures in The Indianapolis Star. I remember as a child and teenager back when the Sunday paper would come, there was a big photo section every week. Lloyd was a good photographer.” 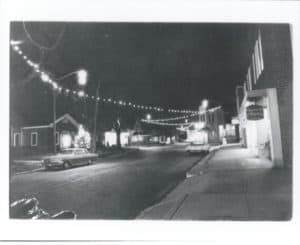 The Ulmers remember Riley with great fondness and spoke about his humble demeanor. “He was extremely quiet and lowkey,” Candace recalled. “He had the sweetest smile. I remember him in his suits – they reminded me of a ‘Captain Kangaroo’ suit in a way because his suits had all these pockets that Lloyd would put stuff in. He was such a humble person and was a nice strong rudder in chaos. He was a beautiful man.”

Look for our special section featuring a sample of the upcoming exhibition along with photo submissions from the community each month leading up to the opening of the exhibition.

HOW TO SUBMIT YOUR PHOTOS OF LIFE IN ZIONSVILLE

Posting on social media is encouraged. However, to be considered for the exhibition and contest, you will need to submit entries via one of the ways outlined above.