More than twenty high school students from Zionsville lived overseas this summer. To better understand their experiences, I interviewed three students who participated in three different programs. Michael traveled to China with the U.S. Department of State, Lauren lived in Spain through the Indiana University Honors Program in Foreign Languages, and Mark volunteered in Costa Rica as part of an AFS Intercultural Program. All three students were energized by their experiences.

Overview: NSLI-Y provides merit-based scholarships to learn languages that are not commonly taught in American schools but which are important to U.S. interests and global understanding. It is a cultural immersion program with the primary goal of increasing students’ language proficiency. Students from around the U.S. travel to Washington, D.C. for a 2-day orientation prior to spending seven weeks in the host country. Destinations include but are not limited to China, India, Jordan, Morocco and Russia. 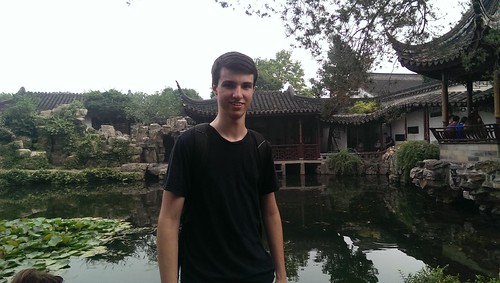 Why did you want to participate in this program?
It’s a free trip to China! Plus, I had a friend who went last year, and I saw how much his Chinese improved.

Do you speak Chinese?
I’ve studied Mandarin for five years in Zionsville schools.

Did your ability to communicate in Chinese improve?
Yes, by leaps and bounds. By the third week, I had a full conversation with my host brother (age 16) without any translation apps. I couldn’t do that the first day.

How did you feel right before you left?
Like a five-year-old on Christmas Eve.
I was so excited.

What were your first days in China like?
I felt kind of overwhelmed by all the Chinese characters, the whole new area,
and not feeling completely well. I noticed
so much noise, busyness, cars honking.

How was the food?
I liked most of it. There were lots of soups and different marinades for fish. My all-time favorite was xiaolongbao, steamed dumplings filled with meat and broth.

What did you do each day?
During the week I went to school at the local high school. I had to catch a city bus and be there by 8 am. We (the Americans on the program) studied Chinese language with four native teachers all morning and went out to lunch together each day. In the afternoons we had culture activities – boat rides, ping pong, martial arts, calligraphy and music. Then I had dinner at home with my host family and did homework. On weekends, four of us – me, my host brother, his best friend and a boy from Boston that the friend was hosting – went to amusement parks, movies, soccer games and traditional streets filled with shops. My host family took me to Chinese gardens and restaurants. One time we went to their summer house outside the city.

What is one of your favorite memories?
Going to Shanghai with my classmates. It was this picturesque Chinese metropolis with huge skyscrapers. It was the area you see on postcards, and we were there. It was cool.

What did you gain from this experience?
A lot better Chinese speaking ability, and more confidence. I believe my leadership improved, too. My horizons have been broadened; I have gained an ability to see another culture as different but not weird.

Would you recommend this program to others?
Yes, wholeheartedly. I was able to fully experience Chinese culture while learning the language through their style of teaching. I enjoyed learning how Chinese language, history and culture relate and why things make sense to them.

Destination: Oviedo, Spain, in the Asturias region near the northern coast

Overview: IUHPFL was founded in 1962. It offers immersion experiences in France, Germany, Mexico, Spain, China and Chile. A key component of the program is the Honor Code, which requires students to speak almost exclusively in the host language during the stay. Programs typically last seven weeks (shorter in China). 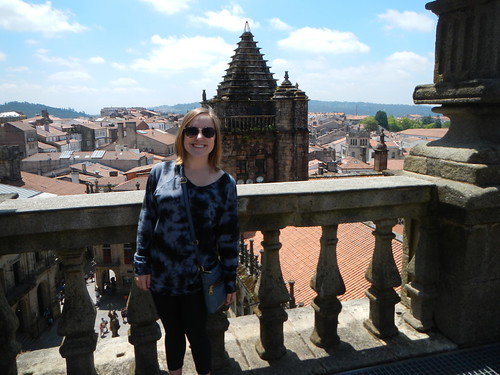 How did you feel right before your trip?
I was super nervous. I started having doubts – what did I get myself into? I was going to have to use another language for seven weeks, and I was scared that I might not be able to communicate.

How long have you studied Spanish?
I started in first grade with the before-school Spanish program. In seventh grade, I started taking Spanish at Zionsville Middle School.

What was the first day like?
The host dad from another family was driving home with us, asking me questions, and I understood nothing he was saying! They talked so fast and used words I’d never heard.

Did things improve quickly?
It happened gradually, but by the third or fourth week, I understood nearly everything.

What were your initial impressions of Spain?
It was beautiful. On the drive from Madrid to Oviedo we saw mountains and fields of sunflowers and little towns called pueblos that were very old but charming. People in general were outside more.

What did you spend your weekdays doing? Weekends?
During the day I went to school. I had to be there by 10 am. We had cultural activities from around 3-5. Our class did things like tango lessons, salsa and skits. Dinner was at 10:30 pm, and we had five meals a day. On weekends, we did whatever our host families wanted. Some families went hiking; we went to mass, museums and watched movies at home.

What did you like best?
I loved exploring. From 5-7:30 pm we were free to go in groups of three or more students to shop, get ice cream, visit parks, take photos.

Are there elements of Spanish culture that Americans misunderstand?
The people I met were emotional, loud and passionate. They got in each other’s faces, and at first it seemed like they were yelling at each other, but I realized they weren’t mad, they were just talking.

What is your favorite memory?
One night all 34 Indiana students went out to dinner. We sat in this restaurant for two and a half hours, and I laughed the hardest I’ve laughed in my life. For the fun of it, we would directly translate things, which always came out funny.

Were there any frightening moments?
Yes, when I had to get to school on my own the second day. My host mom told me, “Take bus 10, it will drop you off, then take bus 7.” Well, I got to the bus station, and there was no bus 10. So I walked to school — a 45 minute walk. I didn’t panic, but it was very frustrating. On the fourth or fifth day, I figured out it was bus 11 that I needed. By the end of the program, I could take the bus anywhere.

What did you gain personally from your experience?
I feel much more compelled to learn about the world. Language is a huge part of it, but culture is so much more than language. I’m itching to get out there and experience it.

Would you recommend this experience to others?
Yes. It’s empowering. You get out what you put in. It’s a great experience.

Destination: Costa Rica, including the Grecia and the Monteverde Cloud Forest Reserve

Overview: AFS has existed for more than 65 years and works with more than 40 countries around the world. It offers a variety of summer exchange opportunities, from service-learning camps to more traditional host family exchanges. Programs range from two-week programs for groups to eight-week programs for individuals. The goals of the programs are “language acquisition, community service and cultural immersion abroad.” 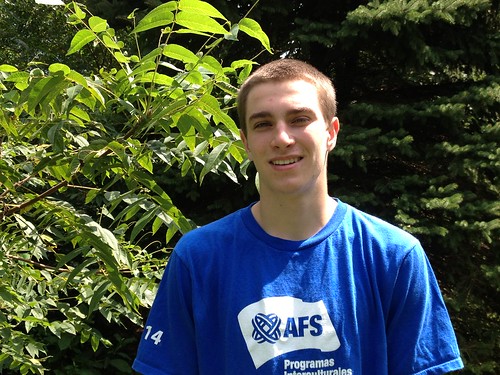 Your program had a couple of components. Tell me about them.
My trip combined community service with a host family stay. The first week, I volunteered on an organic, self-sufficient farm that raised cattle, horses, goats, vegetables and trees. The second week my group of 34 students split into two groups. Mine went to Grecia, where we volunteered at a school while staying with a host family. We worked on things like painting, landscaping and welding there. The fourth week, all the students went to Monteverde,
a national forest, where we did lighter work like raking leaves off a trail.

What goals or expectations did you have?
I expected to come out of my comfort zone, to expand my sphere of knowledge about the world.

Did you need to speak Spanish?
Yes, it was helpful with my host family,
since they didn’t speak any English. I’ve taken four years of Spanish in school.
While with the other Americans, we
could speak English.

What did you do on weekends?
One day we got together with three other families that were hosting friends and we watched Costa Rica in the World Cup. Another day we went fishing in a river and caught little fish, the size of our hands, with hooks and lines.

What was your favorite part of the experience?
Probably spending time in Monteverde, which is a cloud forest. One day we went zip-lining there with the whole group.

What surprised you the most?
How welcoming the Costa Ricans were. Random people on the street were kind and helpful. They are very community-oriented. I was impressed by how readily neighbors and friends helped each other out.

What was the worst thing that happened?
I broke my foot the second to last day. We were spending the last two days at a resort on the beach, and I was playing basketball with friends when my ankle rolled and a guy fell on it. I went to the resort clinic and they gave me ibuprofen and a crutch, which I later had to exchange for a wheelchair. So, it was tough on the last day when everyone else was playing on the beach.

Were you ever scared?
Yes, a few times at night, when I’d be walking home from a friend’s house at 9:30. It gets dark there around 6, and it was dangerous there after dark. I just kept walking.

How have you grown through this experience?
I’m more flexible in a way; I can meet new people more easily. I feel like I can go into a situation without knowing what’s going to happen and be able to succeed.

What did you grow to appreciate about America?
Hot showers and being able to flush
toilet paper.

Would you recommend this to a friend?
Definitely.

The community is invited to learn more about these and other foreign exchange programs at the International Opportunities Fair on Tuesday, September 16, 2014, from 6:30-8:00 in the Zionsville High School Performing Arts Center.

Most programs require students to begin the application process the fall of the preceding year. For example, the IUHPFL program typically requires students to register for an initial language proficiency test by the end of September. Exact deadlines will be posted on websites soon. For more information and instructions on how to apply, go to:
nsliforyouth.org
iu.edu/~iuhpfl/
afsusa.org