Elizabeth Kraft Taylor, known to friends as “Eliz” (Liz), is an indelible mix of grit and elegance. “Three Jews Walk Into A Shopping Center…” is Taylor’s new memoir, recounting amazing life stories that only she could share. 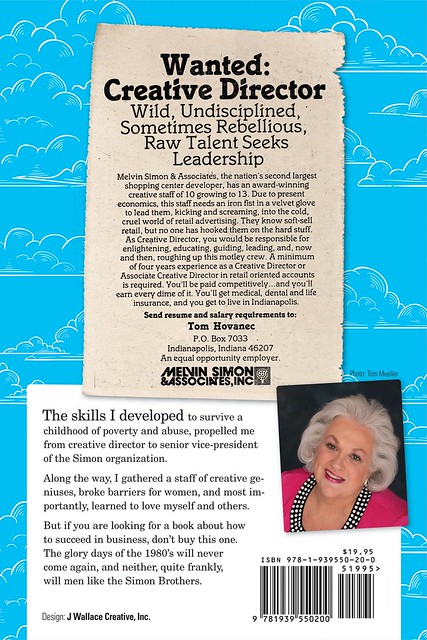 Featured on the back cover of her memoir is a “want ad” she saw in the Chicago Tribune: “Wanted: Creative Director; wild, undisciplined, sometimes rebellious, raw talent seeks leadership.” She says, “I knew it was written for me.”

After working in retail in Chicago, Taylor was ready for her next challenge. Not surprisingly, she got the job and moved to Indianapolis, starting a career with Melvin Simon & Associates.

“I’d met Melvin, Herb, and Fred 12 years prior to accepting the job at Simon when they visited a grand reopening for Madigan’s, the most successful store in any of their malls, which was the store where I was the Marketing Director in Chicago,” recalls Taylor. “These three Jews walked into the store and became my three wise men.”

Taylor would work for Simon during the golden age of retail during the ’80s and early ’90s. She would be actively involved with the opening of the Mall of America as well as Circle Centre Mall, the Indiana Roof Ballroom, Embassy Suites Hotel, the Indiana Pacers and many other tremendous marketing events that she staged, raising the bar and attracting retailers such as Nordstrom to Indianapolis.

Taylor has shared so many of her stories over the years, inevitably eliciting the response from her listeners, “Eliz, you should write a book.”

Taylor dedicates the memoir to her three wise men and to Gerald Paul (Paul Harris, where she served on the Board of Directors), Jerry Gershman and to “Jewish men everywhere who give a shiksa a chance.”

Taylor steps further with her prologue, stating the reasons she wrote the book. The first is to honor and remember Melvin Simon because just attending a synagogue to hear his name read aloud once a year was not enough for her. Her second reason was to show the honesty and ethical values that serve as the foundation for the incredible success of the Simon organization.

Lastly, she writes to share her personal story of determination and hopes to make the point that “we are all born with handicaps and blessings, and it’s our job in life to figure out which is which.” 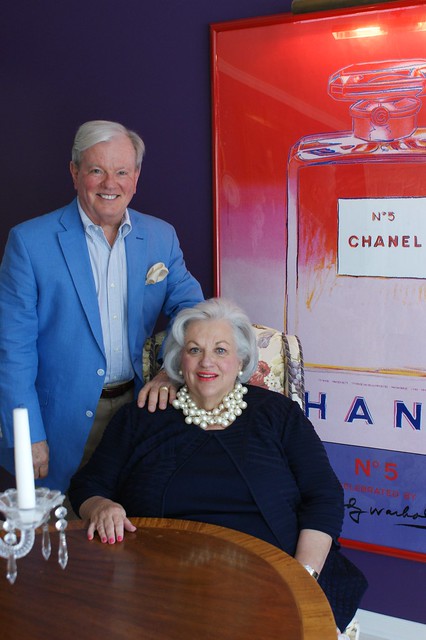 The delightfully creative copy for the want ad that drew Taylor to Indianapolis was written by then senior copywriter, Teri Moore. “Eliz was, of course, the ideal candidate! She brought structure and just enough organization, but never let that flame of creative freedom burn low,” shares Moore. “It was a madhouse most of the time – creativity, originality, lots of hard work, and above all, the license to thrive in a very loving and supportive environment.”

The marketing events were nonstop with the number of malls across the country, and with the special events held at each, there was never a dull moment. Taylor shares one story about an event held at a mall in Idaho where the Lone Ranger was to make a celebrity appearance.

“You never knew what was going on,” shares Taylor with a smile and a laugh. “I sent a girl to pick up the Lone Ranger, and he came to his hotel room door naked wearing only the mask.”

It’s far more than a fun memoir; it’s a living historical account of the rise of the shopping mall and the evolution of retail marketing. It’s funny, insightful and inspiring. Taylor had a tough start with an abusive drug-addicted mother who died prematurely, leaving Taylor with three younger sisters who she worked hard to raise after the death of their mother.

“Eliz’s book is a great read for anyone from Indiana, anyone in retail and anyone who comes from less than ideal beginnings,” shares Inside Indiana Business Host Gerry Dick.

Taylor is still close to many of her employees and co-workers including Business Development Entrepreneur Jim Austin, who says of Taylor, “Eliz led the industry by leading Simon marketing. She has a brilliant marketing mind and provided me with great guidance throughout our work together which allowed me to hone my own marketing skills early in my career,” shares Austin. “It was a very special time to be a part of the Simon marketing department.”

Taylor praises the Simon brothers for empowering her, and she believes that their religion helped shape the company in very positive ways. “Whenever we opened a new mall which was three or four a year in those days, we would always be involved in that local community in a philanthropic way,” shares Taylor. “And Melvin would say ‘do more.’ I grew up Catholic and were always told to give to the church. The Simon brothers, through their belief of ‘our job is to heal the world,’ gave me a new perspective, and that became an integral part of my life and continues today.” 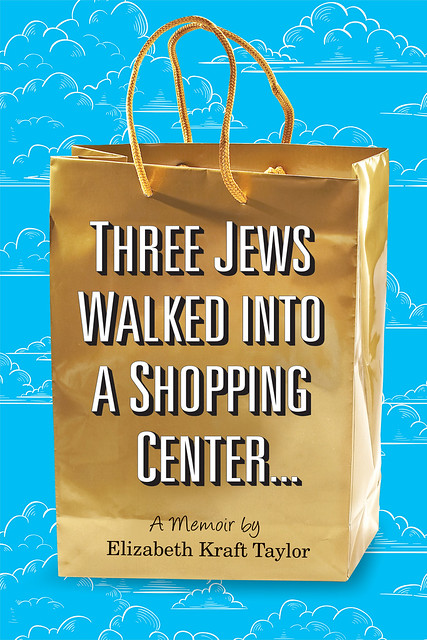 The inner strength and grace that emit from Taylor come from a special place. She found a path enabling her to thrive which is nothing short of a miracle given her upbringing, an important and compelling story by itself.

After experiencing a childhood of abuse, Taylor felt there wasn’t anything she couldn’t handle. Her strength of character and perseverance served her well, weathering tough circumstances and guiding her to becoming a successful Senior Marketing VP at Simon. Later, Taylor continued her career as President and CEO of the 500 Festival.

“Eliz Kraft Taylor had a significant impact on my career,” shares National Association of Women Business Owners (NAWBO) Executive Director Mi’Chelle Bettner. “When I worked with her at the 500 Festival, her creative vision was inspiring and a model for me moving forward. Eliz was a mentor to me, and I am blessed to have worked with her.”

Today Taylor is dedicated to serving not just the community but friends who may be dealing with their own challenges.

“I am very happy that she got the opportunity to write this book,” shares Eliz’s husband Stephen Taylor of Stephen Taylor Design Residential Interiors. “Expressing her appreciation to Melvin and Herb was a cathartic experience and the fact that this gave her a chance to come to terms with her childhood. I believe Eliz to be a superb example to people who’ve dealt with adversity.”

“I have been blessed in so many ways and feel that I am called to devote my time to people in need,” shares Taylor. “I realized that there are people out there that are too shy to ask for help. People just need to love each other.”

Whether it’s a phone call or a note of encouragement, Taylor is dedicated to spreading compassion and love.

“I am happy to share my stories,” says Taylor. “It was a great release for me and a cathartic healing experience.”

“My first goal with my memoir is to bring back conversation about Melvin Simon,” states Taylor. “He was so important to shaping this city, and his impact nationwide cannot be overstated. My three wise men were wonderful, kind people.”

If gold is to be purified, it has to pass through fire. That’s what Eliz is – gold.

To purchase a copy of “Three Wise Men Walked Into a Shopping Center…,” please visit threejews.org.