After working for years for other people and finding themselves continuously struggling to make ends meet, Jaclyn Ricci and her husband Johnny Ricci decided to launch their own company, The Lady Bug Pest and Wildlife Control, in March 2019.  The Lady Bug is one of the few companies that specializes in both pest and wildlife control.  When you first hear the story of how the Ricci’s got into the pest and wildlife control business you might think that it was purely by accident. However, the more you know about the Ricci’s the more you begin to think that maybe fate played a bigger role.

Jaclyn had spent several years as the Director of Sales at the old Five Seasons health club until she married Johnny and she left that job to help Johnny with his two teenage children.  Johnny had worked as a landscaper for over twenty years.

One day, Jaclyn noticed that the house that they had just moved into had cockroaches.  She contracted a pest control company and they did a terrible job in controlling the roaches.  Jaclyn took it upon herself to capture one of the roaches, do some research on the species of roaches they had and gathered all the information she could about that particular species of roach.  She determined that they were Pennsylvania Wood roaches and that they can’t even survive indoors.  Jaclyn concluded that if the pest company had done the job properly, they would have first identified the pest and known that the dead wood near the house was the source of the roach infestation and treated it accordingly.  This was a bit of an ah-ha moment that changed the Ricci’s life and spurred Jaclyn’s interest in going into the pest control business.

The Ricci’s followed up by taking classes at Purdue so that they could obtain the licensing required by the state and federal regulations.  However, right before launching the pest control business, they were lying in bed one night and heard an awful sound coming from inside the walls of the house. It was a raccoon that had invaded their home.  Johnny decided that he could take care of the raccoon problem and in fact did.  As a result of that experience they decided to add wildlife control to the services that Lady Bug would provide.

Unfortunately for the Riccis their prior employment did not provide the capital to start a new business.  In fact, Jaclyn acknowledges that two days before they were ready to start the business, they were down to collecting all the spare change in the house to buy food.  Thankfully, Jaclyn’s grandmother gave her $3,000 to invest in the company as a birthday present.  From that moment on, Lady Bug has been nothing but a huge success for the Riccis. They now have two crews working seven days a week to service their growing client base and are looking to expand.

The Lady Bug offers pest control for mosquito, ticks, fleas, cockroaches, spiders, ants any nearly any insect your experience in the Indianapolis area.  They offer two memberships-quarterly treatment or bi-annually. With the treatment you also get a whole home inspection for insects and wildlife.  Many of their clients have no idea that they have a wildlife problem until a whole home inspection is completed.

In addition to the frequent raccoon or squirrel or coyote that has decided to take residence in people’s homes locally, bats are a very serious problem in the Zionsville area. In fact, in 10 percent of the homes that The Lady Bug has inspected in Zionsville they have found bat guano.

Bats present a unique problem for three reasons. First, they can enter your home in a space as small as a pencil eraser. Secondly, they are a federally protected species so extermination is not an option.  Thirdly, they can cause a respiratory illness known as histoplasmosis, a type of lung infection caused by inhaling histoplasma capsulatum fungal spores. These spores are found in soil and in the droppings of bats and birds.

Jaclyn advised that bat guano looks very much like mice droppings and many times will be mistaken for mouse feces even by professionals.  However, bat guano when rubbed between fingers will sort of disintegrate and leave a silvery sheen from the insect wings it has digested. Treating your home for bats is a three-step process of riding the home of the animals, closing up all holes systematically so that they cannot return and then remediating the space to rid it of the bat guano. The good news is that many homeowner’s insurance policies cover bat remediation.

According to Jaclyn, there is a bit of seasonality to the calls they get for removal of wildlife. March through May is raccoon season. February through June is squirrel season and bats are typically June through September.

Whether your home is invaded by insects or birds or other wild animals, call The Lady Bug  Their passion for the business and for doing a great job for clients is no  accident. 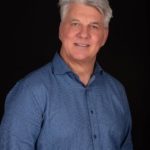 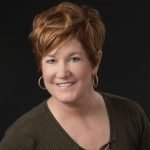