Good things come to those who wait.

After over a year of enduring delays and roadblocks, Derrer-Brooks’ store, Siro’s Chic Boutique, finally moved from its temporary location on Cedar Street to its permanent home at 285 South Main St.

The move came later than expected. Derrer-Brooks anticipated settling into the space a year ago, but older buildings come with challenges. 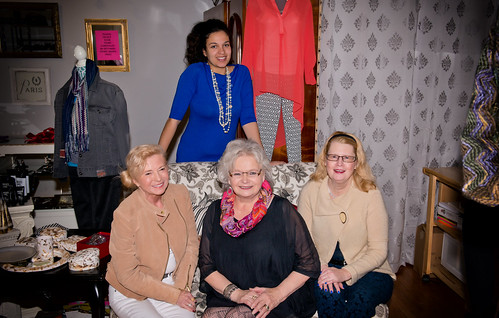 Both Barnes and Derrer-Brooks agree that the interior of the building needed some serious work. Barnes says the space had not been repaired or maintained in 35 years.

“When you buy an old building, you prepare for the worst and hope for the best,” Barnes admits. “It was not worse than I thought.”

Nevertheless, the building had to be totally gutted and redone to ensure it was up to modern-day codes. To complicate matters, various roadblocks popped up throughout the process, including the discovery of rusted steel beams on the ceiling and water damage.

Derrer-Brooks refers to the last year as “challenging.” She credits her faith and her church for supporting her through each obstacle.

“I have a lot of faith,” asserts Derrer-Brooks. “God was by my side. My friends were by my side.”

Specifically, she recognizes her church, Sugar Plain Friends in Thorntown, and Pastor Larry Truitt with helping her throughout all of the trials.

“It’s a very small church. Everybody in the church asked, ‘What can I do? How can I help?’” Derrer-Brooks says. “The support from the church kept me going. They’ve been great.”

“It’s been a long process for Siro,” Truitt contends. “During her struggles, people told her not to give up, to hang in there, and things would get better.”

Derrer-Brooks says the building has finally transformed from a disaster into 2,600 square feet of attractive retail space. She refers to her new spot as a “Destination in Zionsville.” In the décor, Derrer-Brooks maintains some of the location’s historic charm. Antique meat locker doors, original to the building, adorn the walls and provide unique character to the space.

“I didn’t think it would come out the way it has. It really looks nice,” Truitt says. “It will be a great addition to the town.”

Barnes is pleased with the finished product too.

Siro’s Chic Boutique sells women’s clothing, accessories, handbags and gift items. Derrer-Brooks says her boutique offers everything from jeans to cocktail attire. Sizes span from plus sizes to petites. Currently, Siro’s sells only petite jeans, but the store plans to expand petite offerings in the spring.

“We serve every price point, but we cater towards the couture woman,” Derrer-Brooks asserts. “We try to serve different styles and sizes of women.”

Derrer-Brooks has deep fashion roots. She credits her fashion-forward mother with fueling her passion and teaching her how to sew and design. At the age of five, Derrer-Brooks sewed her first dress and won a competition. She continued to sew into adulthood for her three sons.

After spending several years at home raising her boys, Derrer-Brooks entered the fashion world. She served as a personal stylist and wardrober at Jacobsen and Nordstrom for over twenty years. She was named “Best of the Best for Personal Stylist” by Indianapolis Monthly in 2007. Derrer-Brooks also penned several fashion columns for area magazines and newspapers.

Upon retiring from Nordstrom, Derrer-Brooks fulfilled her lifelong dream of opening her own store. She loves the autonomy of picking out her own clothes for her boutique. 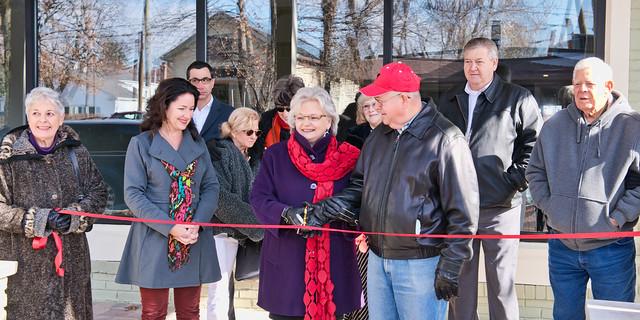 Derrer-Brooks scoured the Northside looking for the right home for her business. She is pleased with her Zionsville location. “I feel like Zionsville is the perfect upscale village,” says Derrer-Brooks.

Derrer-Brooks refers to herself as an “old, hard-working gal.” She considers it a joy to work in her store at its new home.