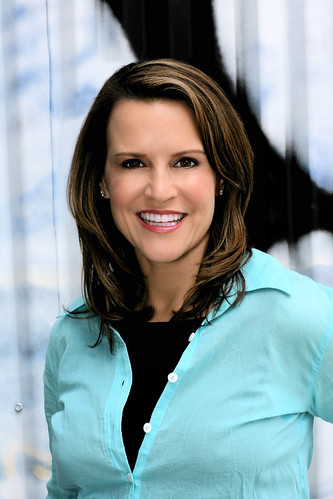 Entrepreneur Sheryl Matthys combines her diverse skill set and her passion for helping other female business owners with her Successful Women Made Here monthly networking group.

While working as a news reporter at an NBC affiliate in South Bend, Matthys was moonlighting with a videographer filming material for “Real Stories of the Highway Patrol” with the Indiana State Police.

“I’ve always worked hard and kept busy,” says Matthys. Given her background in radio and TV, Matthys credits her work ethic to her father, a hardworking farmer in South Bend.

She attained a master’s degree from Butler to become a television journalist. As an adjunct professor, Matthys taught at the University of Notre Dame and St. Mary’s College before moving to New York City with her husband, Todd Conner, WRTV6 Anchor.

Matthys started auditioning for different jobs while living in NYC. “My biggest claim to fame is a Viagra commercial,” says Matthys with a smile. “My mom was quick to tell people that it was not my husband in the commercial.”

In addition to the commercials, Matthys started an online dog lovers dating site called “Leashes and Lovers” which included live events of Where Dog Lovers Meet. She gained so much interesting fodder from the events, she turned the event interviews on video into a bestselling Amazon book by the same title.

Since moving back to Indiana, Matthys wished to create a supportive community while utilizing her skill set, so she created Successful Women Made Here, a networking group. Matthys has the meetings set up with an interview with the guest, then a circle of discussion afterward on a business building-related topic. 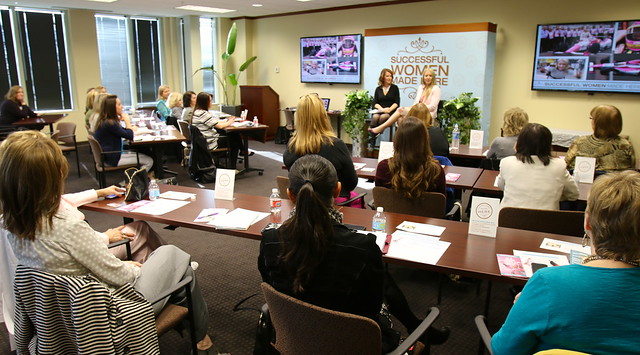 A recent meeting of Successful Women Made Here featured Jennifer Magley, an accomplished Division I athlete who attended the prestigious IMG Sports Academy, graduated from the University of Florida ranked as the #1 NCAA singles player in the country and became a professional tennis player. Magley then became the youngest Division I coach in the nation at Florida Gulf Coast. She authored the book, “Division I,” and is a recent entrepreneur, starting OPEN GYM, a fitness concierge service where members pay a flat monthly fee and receive access to unlimited classes at more than 40 area studios and gyms.

Other guests have included Pippa Mann, Sarah Fisher, Ambre Crockett and Nancy Noel. The meetings are educationally-based. This is evident in everything they do, whether it’s social media, goal achievement or leadership. The message is strong. Each meeting  ends with a Mastermind circle which is a circle of influence.

Successful Women Made Here is designed to build relationships and encourage self-development. “I want to help women realize their strengths and skill set. We are all about encouraging other women,” says Matthys.

Matthys’ children are budding entrepreneurs as well. Both Kai and Keegan have operated lemonade stands and exhibit their own unique creativity. “I’m most proud to be called Mom” says Matthys.

For more information on SWMH, visit successfulwomenmadehere.com, and for OPEN GYM, visit opengymindy.com.