Revving Up for Octane in Indy: Benefiting Colby and Cate’s Charities 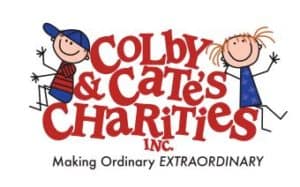 Mark your calendars for the inaugural OCTANE: THE HANGAR CELEBRATION OF HOPE to support the incredible work of Colby & Cate’s Charities. This premium automotive event will take place Friday, May 10 from 7-11 p.m. for an unforgettable evening of wheels, wings and children’s wellness.

OCTANE will be hosted in a world-class First Wing Jet Center at the Indianapolis Executive Airport in Zionsville. Join automotive enthusiasts, collectors and business and civic leaders from Hamilton, Boone and surrounding counties as we celebrate an unmatched collection of wings and wheels that will engage and delight, all while supporting children with life-threatening and life-altering illnesses and conditions from across Indiana through the fantastic work of Colby & Cate’s Charities.

Colby & Cate’s Charities, Inc. is a 501(c)(3) nonprofit organization based in central Indiana whose passion is helping children who were not fortunate enough to have been blessed with a healthy childhood or have sustained a life-altering or life-threatening injury. Its mission is to enhance the lives of chronically and critically ill or injured children by providing them with memorable experiences and providing funds for both research and recreational items to organizations that serve them.

John Leonard, co-founder of OCTANE, is no stranger to fundraising in Hamilton and surrounding counties. He is also the co-founder of Artomobilia and Fuelicious – both are high-end automotive events that serve as fundraisers for local charitable organizations.

Leonard teamed up with Matt Lutz and his family [founders of Colby & Cate’s Charities] for the inaugural OCTANE as a way to increase awareness for the charity and raise funds for an upcoming experience in March – taking eight pediatric oncology patients to Aspen, Colorado, for a week-long adaptive ski camp.

“Colby & Cate’s Charities was officially formed in 2011, but we started our fundraising efforts in 2002,” shared Lutz. “It started when my wife (Amy) and I went to our friends’ 1-year-old’s birthday party, and like everybody there, we spent between $30-$50 on this 1-year-old. There were oohs and aahs as everybody sat around, and the parents were writing down what everybody got [for their 1-year-old].”

That experience impacted the Lutzes in such a way that they decided that in lieu of hosting a traditional birthday party for their own two children, they wanted to do something that would make the “ordinary event extraordinary.”

“We left [the party] feeling empty,” Lutz recalled. “Our kids, while we’re not wealthy, don’t need. They might want, but they don’t need. We decided that we would contact an organization and ask what we could do. We reached out to Riley Hospital for Children and asked what they needed down there. They got back to us and sent a list of what they needed.”

The Lutzes sent the list out with invites to their son’s (Colby) birthday party and asked for the items in lieu of gifts for their son. The party eventually became an annual “Birthday Bash” held in the Lutzes backyard and throughout their street – a rather large block party if you will.

“It was an amazing response the first year,” Lutz said. “We took an SUV full of stuff down there [Riley], and it was the best feeling we’ve had second to births of our children and our wedding. It was an amazing feeling.”

Fast forward, the Lutzes established Colby & Cate’s Charities and continue to host the Birthday Bash in August in honor of their children’s birthdays (which are a day apart from one another). Over the years, they have raised nearly $800,000, which has been donated to Riley, Peyton Manning Children’s Hospital, Indiana Children’s Wish Fund and Make-A-Wish Foundation. The charity has also supported organizations like Second Helpings by purchasing suites to experiences (concerts, etc.) at its fundraising events and then using the suite on Colby & Cate’s weekend experiences, coupled with a limo, hotel, meals, etc., for children with life-threatening and life-altering conditions.

“Matt and I met, and I’ve actually attended one of his Birthday Bashes,” Leonard said. “It’s a great event, but what do you do if you want to do more than host a party in your backyard? You change the venue. I suggested to Matt that we have a ‘hanger party’ with a bunch of cars and some jets. So, the OCTANE event is about taking the goodwill of this charity and pairing it with car enthusiasts, cars and planes, and the Indianapolis Executive Airport is the perfect venue for that.”

Leonard shared that the goal this year is to bring 1,000 people to the hanger to enjoy catered plates by several area restaurants, 50 cars from private collections and local high-end dealers, planes and jets along with different kinds of entertainment and auctions with a focus on trips as close to Chicago and as far as Europe, all with the intention of raising money for Colby & Cate’s Charities.

But that’s not all – attendees at OCTANE will enjoy an open bar featuring specialty drinks from the best premium brands and incredible flight and racing simulators that will transport you onto the race track or into the sky!

Reserve your tickets for the inaugural OCTANE and make a difference in the lives of Hoosier children.