Racing was not just a hobby for Bryan Clauson – it is his life. 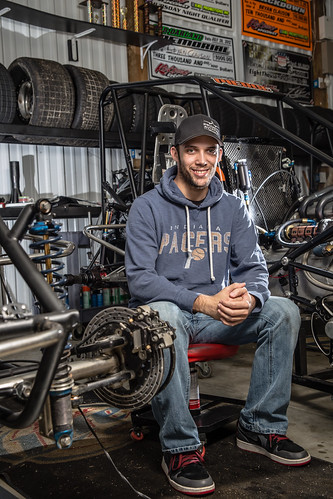 Bryan Clauson, a Noblesville High School graduate and resident, eyes his second Indy 500 start with Jonathan Byrd’s Racing in May.

Growing up around racing – his dad was Sprint Car Driver in California – at age 5 Clauson got behind the wheel of go-kart which later lead him being named the youngest Rookie of the Year in the Outlaw Go-Kart program.

“I grew up around racing,” he said. “I went to my first race when I was less than a week old. Unfortunately, my dad got hurt when I was 5 years old, but that opened the door for me. He had to sit out a whole season and during that time I bugged him enough to get me a quarter midget.”

But he was just getting started. He now has more than 140 wins in Sprint Car, Midget and Silver Crown ranks.

This year, Clauson will race for Jonathan Byrd’s Racing in the 2015 Indianapolis 500, and he hopes that the second time will go better than the first. He finished 30th after having mechanical issues in the 2012 Indianapolis 500 while racing for Sarah Fisher Hartman Team.

“It didn’t end how we had hoped, but I was proud of how the month went. We might have been a little underfunded and under prepared,” said Clauson. “I knew that I wanted to get back there because I felt like I had unfinished business.”

And his new racing team, Jonathan Byrd’s Racing, knows he will come back and take care of business. Clauson’s experience cannot be matched if you ask the team why they picked Clauson.

“There are any number of reason from which to choose,” said David Byrd of Jonathan Byrd’s Racing.

“He’s an Indiana kid. He’s a 4-time USAC series Champion and 3-time USAC National Driver’s Champion. He has experience at the Indy 500. His resume speaks for itself. Having brought other short track champs to Indy in the past, he resonates with our background and our family’s racing identity. So to be sure, Bryan ticks a lot of boxes for us. In the end though, the answer is that he’s simply one of the most talented racers in the world, he deserves to have a competitive seat in the biggest race in the world, and all he needed was somebody to believe in him, invest in him, and give him that shot. Frankly, we’re honored that somebody like Bryan, who we believe to be one of the best in the business, would be willing to put his faith in us.”

While the Indianapolis 500 may sound like quite the accomplishment for a 25-year-old, Clauson’s racing resume is filled with big races, including the 2008 Nationwide Series race at Daytona and the coveted dirt track Chili Bowl title. 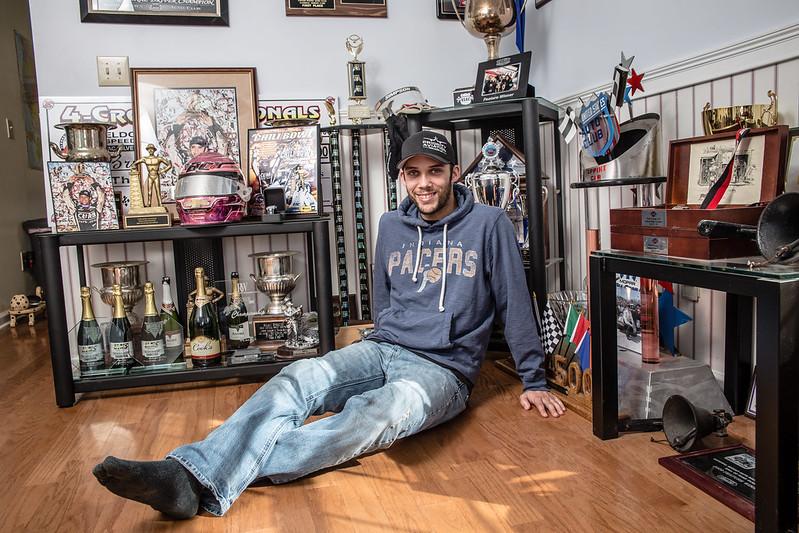 “I have gotten to do a lot of things at a very young age. I was in Daytona in a Nationwide car at 18 years old,” said Clauson. “I have been fortune enough to do a lot and accomplish a lot in a young age. I had my first Indy 500 at 21. I won the Chili Bowl, which is a huge event when what we do in dirt racing and still only at 25 years old. Sometimes I feel like I am 35 years old and it seems like I have been doing it forever. But I have been fortune to have a lot of great people around me, and a lot of great people that support me to do what I love day in and day out.”

In Daytona, Clauson got to race alongside some of the biggest names in racing.

“I was a little young to be caught up in the moment,” he said. “At 18 I thought everything was easy, to go there for the first time, and it doesn’t hit you until you are out there in the middle of the race. You are out there drafting with Kyle Busch or Matt Kenseth.”

Clauson also gave credit to the racing culture of Indianapolis in helping his success at a young age.

“I think growing up in Indy is a huge part of who I have become and why I have been able to be so successful,” he said. “There are a few places we can race four or five times a week come the summer. I have 115 races on my schedule, plus the Indy 500. You can’t do that everywhere. We spend a lot of time here in Indy, and the culture here in Indy is obviously racing and basketball, which are the two things I love in life. So it works out great, it is a perfect fit for me.”

And while Clauson has lots of racing left to do, he also has learned during his career to enjoy each day.

“I have talked about how much I have gotten to do at such a young age: I’ve done some NSCAR stuff, I have done the Indy 500, I have been to every big short track race across the country, and honestly I just love driving race cars,” he said. “If it’s an Indy car, if it’s a truck, if it’s a nationwide car or a sprint cup car – I just love driving race cars. If I don’t go any further than racing the Indy 500 every year, running Kokomo on Sunday nights and traveling with my sprint car midgets – I’m happy. It’s been a lot of fun. As I have grown and gone through the ups and downs of my career, you learn to enjoy it. You don’t do this to move up or to race NASCAR. You have to do it because you love it. There’s only 43 seats on Sundays and 25-26 Indy Car seats. So it’s a tough act to break into. If I had the chance, I would do either one. If not, I am perfectly comfortable with what I am doing and perfectly comfortable with what I have accomplished.”