Nurturing a STEM of our Children's Education

According to a study released in 2013 by the STEM Education Coalition, only 45 percent of U.S. high school graduates in 2011 were ready for college work in math and 30 percent were ready in science. Fifty-four percent of the nation’s fourth-graders and 47 percent of its eighth-graders reported that they “never or hardly ever” write reports about science projects. Thirty-nine percent of eighth-graders reported that they “never or hardly ever” design a science experiment. As parents, we assume that there is a strong emphasis on the subjects of math and science in our children’s curriculum. Fond memories of elementary science fairs, foam boards with cutouts from “Popular Science” magazine and homemade volcanoes come to mind.

The truth is that these statistics released by the 2013 study shed light on the reality that our nation is falling behind in these subjects when compared with our international counterparts. Taxpayers may ask why STEM education is considered a national priority and, more locally, a priority for the Zionsville Community Schools. According to the U.S. Department of Commerce, STEM workers drive our nation’s innovation and competitiveness by generating new ideas, new companies and new industries. However, U.S. businesses frequently voice concerns over the supply and availability of STEM workers. Over the past 10 years, growth in STEM jobs was three times as fast as growth in non-STEM jobs. STEM occupations will grow 1.7 times faster than non-STEM occupations over the period from 2008 through 2018. 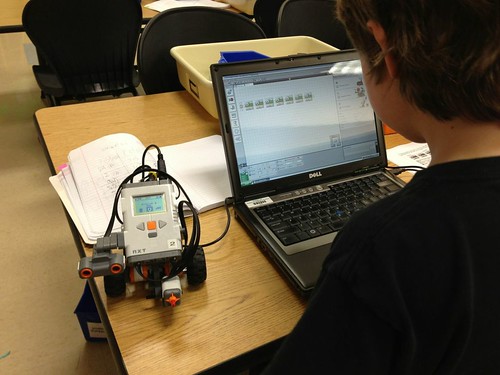 What exactly is STEM? STEM is the acronym for science, technology, engineering and mathematics education. STEM education is defined as the preparation of students in competencies and skills in these four disciplines. A successful STEM education provides students with science, math and engineering/technology in sequences that build upon one another and can be used with real-world applications.

A STEM student is more likely to be an innovator and critical thinker, and is able to make meaningful connections between school, community, work and global issues. STEM-literate high school graduates are enrolling in college-level courses in science, technology, engineering and math without the need for remediation. STEM skills are increasingly necessary to engage in a knowledge-based economy. The U.S. government has publicly acknowledged the need to increase student achievement in STEM studies and to expand the STEM education on a national level. President Barack Obama, in a speech to the National Academies of Science, said, “Reaffirming and strengthening America’s role as the world’s engine of scientific discovery and technological innovation is essential to meeting the challenges of this century. That’s why I am committed to making the improvement of STEM education over the next decade a national priority.”

The Zionsville Community Schools and the Zionsville Education Foundation (ZEF) understand the value of incorporating STEM education into the existing curriculum and funding grants to help sustain STEM projects. The administration and faculty are dedicated to supporting the STEM Education Coalition initiatives in our school system. 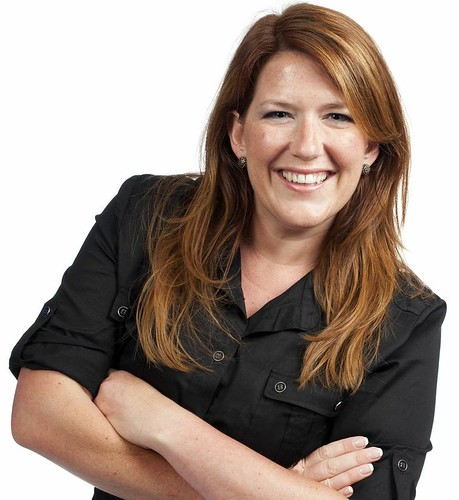 One such dedicated educator, Sara Hunter, STEM coach at Union Elementary School and the 2013 Emerging Leader with the International Society of Technology in Education, has been working with the elementary children on STEM-related projects geared toward grades one through four.

“STEM isn’t something we ’do’ but rather a philosophy of making connections through real-world problem solving, collaboration and communication,” Hunter explained. “Student project highlights will include global collaboration opportunities, outdoor learning with mobile devices and leveraging technology to share our learning. I taught for many years as a third-grade teacher and really developed a passion for integrating technology and finding interesting and fun ways to teach science and math. Moving into the role of the STEM coach was a natural progression for me.”

STEM began in the Zionsville Community Schools in the 2012–13 school year. All students in grades one through four at Union Elementary participate in the STEM classes as part of the school’s specials schedule.

“My role is a collaboration with classroom teachers so that what students are working on in STEM is complementing the curriculum that is being taught by their classroom teachers,” Hunter said. “We have an outdoor classroom space, and I am really fortunate to be able to build upon some of the life cycle and plant studies that our students participate in and bring students outside, where they are actively applying what they have learned and are given the opportunity to problem-solve. For instance, they will learn to create a sustainable water supply to our pumpkin patch that experienced a tremendous drought last summer. Our third-graders have worked on, developed a solution for and helped in writing a grant to fund rain barrels and rain gutters, which we’ll be installing later this spring. STEM education is really an opportunity to make these studies relevant to real-world applications and give the students that hands-on experience. This is an exciting opportunity to focus on helping to create a positive view of STEM in our elementary students so that they enjoy learning and can envision themselves as future scientists, mathematicians and engineers.” 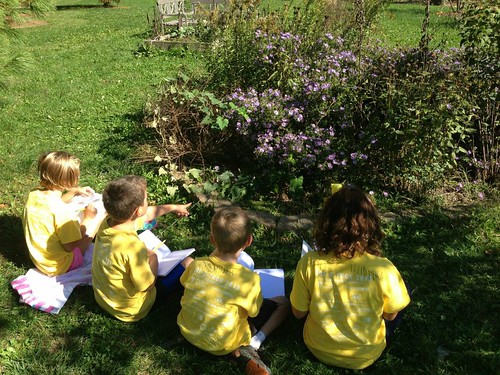 The Zionsville STEM coaches have received tremendous support from the ZEF and have worked with them on several projects to receive grant funding. Many of the STEM coaches use DonorsChoose.org, an online charity that makes it easy to help students through school donations. The local PTOs have been incredibly generous in helping support STEM projects, as have the school families. The STEM coaches work creatively to fund their projects and have garnered support from local businesses and organizations. The rain barrels grant was awarded to the Union Elementary School third-graders through the Boone County Solid Waste Management District.

While programming robots and cultivating an outdoor classroom, our community’s schools are investing in our children’s futures and preparing them so that they can compete on national and international playing fields while our STEM coaches are possibly grooming a future Marie Curie, Charles Hermite, Eli Whitney or Steve Jobs.