Janeira never aspired to be an author. He enjoyed his medical practice; he didn’t think he’d find anything more fulfilling, until he discovered writing. “I always thought I was a scientist, but there was a creative side to me that I never knew was there, and that I’m having a wonderful time exploring!”

Writing murder mystery novels takes time. So, how does one busy cardiologist, husband and father find time to write books?

The answer rests in a four-hour daily commute.

Janeira works with Providence Medical Group in Terre Haute. When he accepted this position four years ago, he and his wife Jane Crawford-Janeira didn’t want to leave their Zionsville home. The couple agreed that in order to stay in Zionsville, Janeira would endure a lengthy daily commute. The question was how could he maximize that drive time so as to protect family time when Janeira arrived home.

“Part of the discussion with Jane was I either sit behind the wheel four hours a day totally bored out of my mind and unproductive or I get a driver where I can become productive, and that idea was much more appealing,” Janeira asserts.

Every morning, a driver shuttles Janeira to and from Terre Haute. Janeira refers to this as “me time.” He devotes an hour of this time to “doctor things,” like reading patient tests, dictating charts and perusing medical journals. Janeira used to spend his remaining travel time devouring mystery novels, but then he thought about writing his own books.

“After reading so many of these, I thought, ‘I bet I could come up with interesting medical stories that I could write up and see how it goes,’” Janeira declares.

“It puts me into a different world,” Janeira says. “I can almost feel my creative neurons working. It puts me in a state where I can relax and sort of get away from life.” 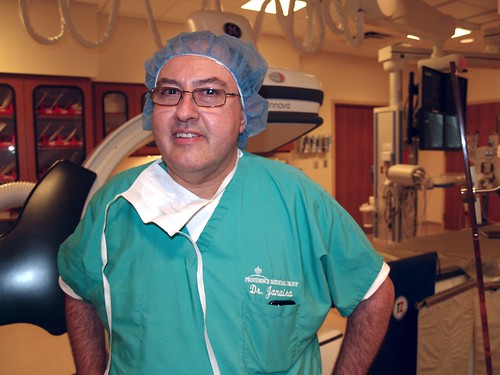 Since Janeira began commuting, he has written three medical mystery novels. All three are self-published under the pen name of “Jan Eira.” His books appear in print and in e-book form. His third book, “Still,” is based on a fictitious Zionsville family composed of a police detective, physician and a Zionsville high school student.

Janeira derives some of his stories from medical procedures and surgeries he’s performed. “I thought we do this for this good,” Janeira says. “What if we use this for evil intents? What would come of that?”

His wife admits some of the storylines are a bit creepy. “I’m thinking I can’t believe this is the same person I know,” Crawford-Janeira maintains. “He is such a tender and gentle spirited person. It was sort of comical. I thought it was so interesting he thought that way.”

To improve his skills, Janeira attended a couple of writing seminars. He credits the course “How to Write Fiction for Physicians,” taught by physician novelists Michael Palmer and Tess Garrison, as providing a great deal of guidance and direction. The seminar pointed out mistakes he was making in his writing.

“When I first started writing, I thought,

‘I’ll write these books and incorporate in there lessons about heart disease,” Janeira declares. “Michael Palmer’s first words were ‘don’t teach,’ because he knows that doctors like to teach. He said don’t use your fiction to teach. By my third book, there is none of that in all.”

Currently, Janeira is working on a medical science fiction trilogy catered to the young adult reader. The books, entitled “Traveler’s Secrets,” are again set in Zionsville. The plot centers on future teens’ attempts to eradicate an overpowering epidemic of heart disease. Janeira says the books are mostly finished, but he is still perfecting an “impactful” conclusion.

Janeira’s newest projects involve playwriting. After taking several play write courses at Marian University,  Janeira converted his original books into plays. Janeira is shopping around for homes for his plays.

“Feeling of getting a play of mine on stage will be very intense,” Janeira gushes.

Janeira was born in a small town in Portugal. From an early age, he expressed an interest in being a doctor. His parents, a teacher and a postmaster, wanted to fund this dream, but didn’t have the means to support such a lofty goal. So his parents moved to the United States for better employment opportunities when Janeira was 6 years old. Janeira and his brother were left under the care of his grandparents.

At 15, Janeira graduated from high school. He moved to the United States and reunited with his parents. At the age of 16, Janeira enrolled in Rutgers University. Upon graduation, he attended Rutgers Medical School. He completed his residency and fellowship training in New Jersey.

Janeira’s first job was in Evansville. “I loved Evansville,” Janeira asserts. “New Jersey has positive things, but not a good place to live or raise a family.”

Eight years ago, Janeira moved to Zionsville so his wife could return to her Indianapolis hometown.

“I just love it here. I love the people. I love the town,” Janeira gushes. “I love how I can be close to a big city, but live out in the country.”

Janeira says if he could become a successful writing, he’d retire from medicine. Until then, he’s content to be the doctor who writes, or is he a writer who practices medicine?