Military Students Return for the Holidays 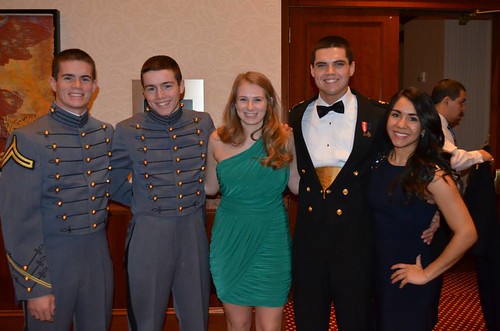 During the holidays, college students return home during their mid-year breaks to reunite with families and friends. It’s also a time when Naval Academy Midshipmen return from Annapolis and convene for the annual Indiana All Academies Ball with fellow military families from Indiana.

This year’s chairperson of the event, Jose Alejos, has strong ties to the military and happens to live in one of the officer’s homes at historic Fort Benjamin Harrison. Alejos enlisted in the U.S. Air Force in 1979 and served 10 years. Following their father’s footsteps, his sons Marco and Andres graduated from Lawrence North High School and then were accepted into the Naval Academy and West Point respectively. 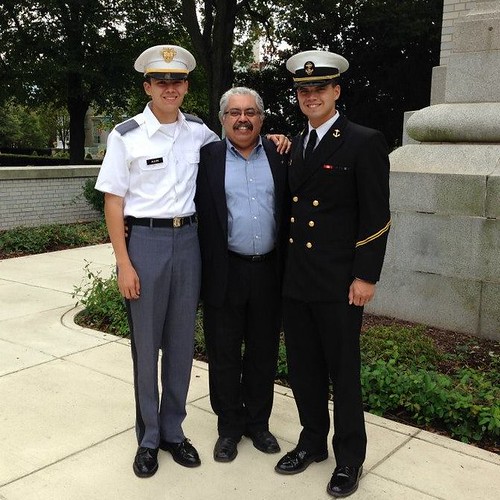 “It’s very difficult to get accepted at the academies,” said Alejos. “Over 60,000 high school graduates apply to the academies every year with only about 3,500 getting accepted.”

Not only do applicants have to have good grades and show leadership capabilities, they also must submit letters of recommendation from U.S. Senators and Congress just to be considered for the program.

Central Indiana touts a high number of active U.S. Naval Academy and Merchant Marine “Midshipmen” as well as “Cadets,” and from the other three academies including Air Force Academy, United States Military at West Point and the Coast Guard Academy. There are 280 Hoosier Cadets and Midshipmen including those attending the associated prep schools, which will be returning home during the holidays. And while Alejos and his family love to spend time with his enlisted sons, he openly admits “they are our sons, but they belong to the USA.” 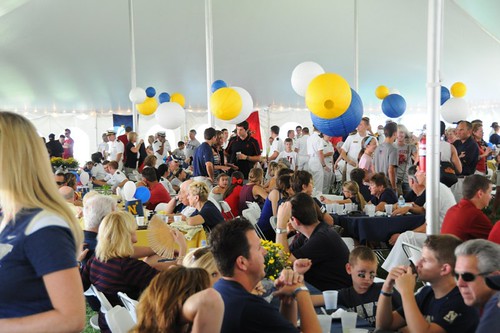 Last year during the Navy’s sequestration, Navy Midshipmen were not allowed to fly on military planes to their away football games, including the Sept. 7 game against Indiana University. Parents of the midshipmen started reaching out to military families raising money on short notice to prepare for a tailgate event. Indianapolis Colts owner Jim Irsay was one of the first donors to help fund the tailgate event, which attracted over 1,200 people.

“It was the largest tailgate ever hosted at IU,” said Alejos.

Dignitaries from the U.S. Navy and Department of Defense were so moved by the outpouring of support, they attended the tailgate and signed a football to give to Irsay as a token of their appreciation. The Colts owner has also sponsored the annual Indiana All Academies Ball among other military causes and functions. 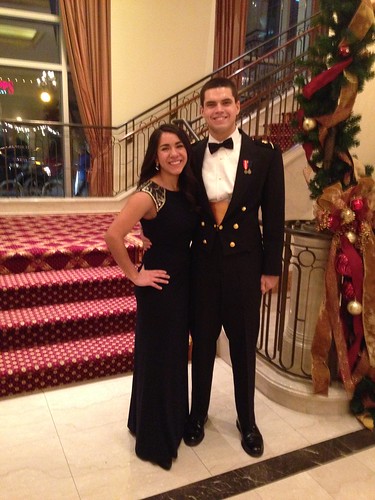 Military families and applicants to the academies are invited to the annual ball on Dec. 26 at The Crane Bay Event Center, located at 551 W. Merrill St. in Indianapolis.

Justice Steven David will be the keynote speaker highlighting an evening featuring a plated dinner and dancing. For other local businesses or families that would like to support these up and coming leaders in our nation’s military, sponsorships are also available to help offset the costs. For more information, go to indiana.usnaparents.com.