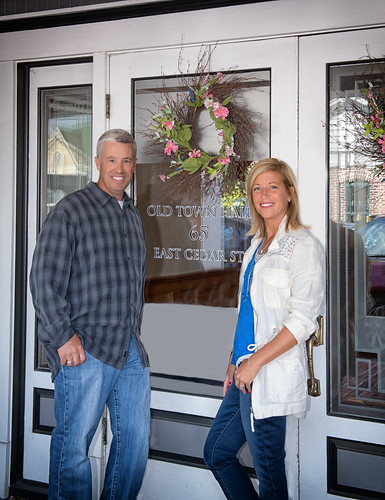 Over the years, the town of Zionsville has maintained its alluring, small town appeal while attracting residents, businesses, specialty retail shops and restaurants that maintain the town’s reputation as a great place to live, work and play.

Thoughtful developments and the visionary work of Zionsville resident and developer Bob Harris, Property Manager for the Harris FLP, and Paul Kite of Kite Harris Development have contributed to the recent expansion of South Village Development that links to the historic downtown.

The development brought in new businesses such as Bub’s Burgers, Endurance House, Bites by Confectioneiress and Sub Sixteen and became the new home to the Village Cleaners. On the other side of South Main Street, Kite Harris Development built a 16,000-square-foot office building that houses companies such as the RE/MAX Ability Plus Zionsville office.

So who are the Harrises and how will their future developments impact the areas within and surrounding the town of Zionsville?

The Harris family has owned land in downtown Zionsville and in the area for more than 50 years. The patriarch of the Harris family, Tom Harris owned a Chevrolet dealership and used car lot in town.

Bob Harris along with his wife Tammy live in Zionsville and are raising their family in the town that Harris grew up in. Harris’ siblings and their families also reside in town.

“We’ve been a northwest-side Zionsville family for three generations,” Harris said. “I manage the properties owned by the Harris FLP, and the Kite Harris Development develops the properties that our family owns.

A current project that is creating conversation among real estate experts and residents alike is the 55 acre development owned by the Harris FLP that will eventually be developed by Kite Harris located at the intersection of U.S. 421 and County Road 300 South, also known as 146th Street. Development of these acres is anticipated to begin in the next few years.

The Harris family has owned the 55 acres at the southeast corner of the Union Township intersection since 1965. Kite Harris Development requested a rezoning from residential to business, and that request was approved after a single meeting with the Zionsville Plan Commission and two meetings with the Boone County Commissioners.

Of the 55 acres, 41 are zoned “general business” that includes approval for a large grocery store with a fuel station component. The remaining 14 acres are zoned for office buildings, ideally medical or other similar professional office spaces.
Harris spoke about how all developers in the area will need to work together to ensure that the identity of Zionsville is protected as the available land is developed. 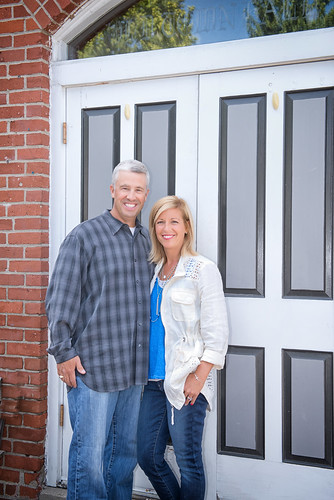 “Every town has an identity,” Harris stated. “We’re all going to have to work as developers to make sure that the look is consistent throughout Zionsville. In regards to our 146th and Michigan Road development, rather than going in and maximizing the density of the property, we are focusing on designing more of a neighborhood type of development that serves the folks that live out that way.

“As you go across 146th Street from I-65 to I-69, there aren’t a lot of amenities such as fueling stations along that route. In the conversations that we’ve had with people in the area, they are excited about having amenities available and more conveniently located for the day-to-day things that they need.”

Harris emphasized that with every project that Kite Harris Development works on, they take great care in making sure that the architecture reflects and honors the character that has defined the town for over a century. With modern technologies and energy-efficient building practices becoming more cost effective and are more commonly applied every day, it is less difficult to attract quality tenants to the area.

“I feel that our South Village Development was not a change to Zionsville but an evolution,” Harris said. “All towns, when they’re growing, are evolving, and if they’re not, then they are dying. We are at critical mass. One of our most critical issues in modern day Zionsville is our property taxes. We have to grow our commercial tax base, and we have many opportunities in Zionsville to do that, but we all need to work together, especially as developers to figure out what all of us want that to look like.

“The Harris family understands exactly what Zionsville looks like because we have lived here all our lives. We bring in similar facades and architecture that were used in the original buildings in downtown to our projects for the sake of continuity and to the best of our ability to make our modern buildings with modern amenities look like they could have existed at the turn of the last century.

“I am involved at every stage of our developments because I want to make sure that the end product is a benefit to our tenants and to our community as a whole. If the Harris FLP or Kite Harris Development name is on a project, we’re going to do it right, or we’re not going to do it at all.”

Another exciting project for the Kite Harris Development in the South Village is the prospect of a new brewpub. This development will be across the street from Bub’s.

“We are in conversations with a very popular and successful brewing company that is highly interested in coming to Zionsville,” Harris stated. “While we are in the first stages of this discussion, we are projecting that 3,500-4,000 sq. ft. would be built for a brewery/restaurant and possibly 2,000-3,000 sq. ft. would be available for additional retail. We will be taking into consideration the residential property that faces immediately to our north, regardless of what we do on that lot as we do not want to impede on the residents’ privacy and use of their space.”

Harris continues to invest in and serve his community in other capacities by sitting as a board member for the Boone County Sheriff’s Merit Board that oversees the pension funds for sheriff deputies and is involved with personnel issues. He was recently appointed as the vice-chair for the Boone County Republican Party and is also a sponsor and advocate for the BubToberfest, a fundraiser for the Boys and Girls Club of Zionsville, that will be held on Saturday, October 10 in the parking lot behind the Endurance House and next to Bub’s Burgers.