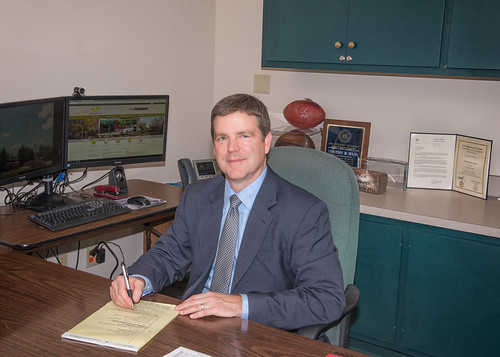 Having a few months to become acclimated to his new post, Mayor Tim Haak sat down with me to discuss how his life has changed, professionally and personally, since becoming mayor of the historic and growing town. Haak told me that becoming Zionsville’s first elected mayor was not on his radar until the position became available, and then, he jumped at the opportunity.

“When I came onto the Zionsville town council, the position and office of Mayor did not exist,” Haak said. “There was no way that I ever thought that I would eventually become the Mayor of Zionsville. The position and myself just happened to find one another. I have been very active and have enjoyed being on the council, so when the opportunity arose to do this job on a full-time basis, I jumped to take it.”

Haak was first elected on the town council in 2008. He has served on multiple boards such as the safety board, board of police commissioners and other committees like the infrastructure committee, economic development committee and some of the planning committees that have focused on updating the town’s transportation and master sewer plans.

Setting the stage for Haak was Zionsville’s first interim mayor and current town council member, Jeff Papa. Haak expressed a deep appreciation for the groundwork that Papa established prior to Haak’s election as mayor.

“I had met Jeff for the first time when he came on the town council through our first reorganization,” Haak explained. “Through our interactions on the council, we became friends. I consider him a trusted friend, advisor and mentor. While we don’t agree on everything, which is good to have differences of opinion, we are very respectful of those differences.

“Jeff is very knowledgeable on the legal side of how government and municipalities work. I have been able to tap into his resources and seek his opinions. Jeff also lives in a different part of town than I do, and people in his neighborhood have a different perspective on their needs and those of the community than those of my neighbors and the issues that impact my neighborhood. It is very helpful to obtain multiple point-of-views when making decisions that affect the entire town.”

An obvious challenge for any mayor is bringing together all of the opinions and doing what is best for all concerned. I asked Haak what the hardest part of his job is, and he replied, “Making the right decision for the benefit of the entire community.” 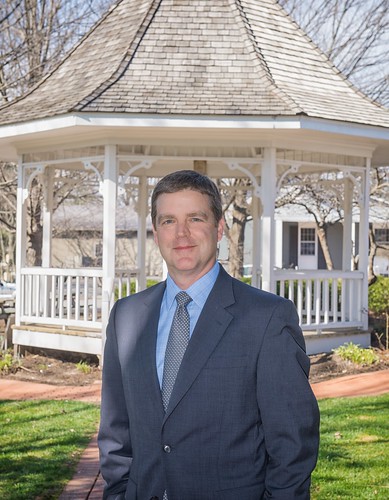 Haak grew up in Zionsville and has family and friends here. He understands that any decision that the mayor’s office and/or the town council makes affects the whole community, and it is even more important for him to communicate to residents why decisions were and will be made.

“What I’ve learned from my business experience and working with the State of Indiana is what will be driving the economy for Zionsville and the surrounding communities is the concept of regionalism.

“Working well with our neighboring communities including Lebanon, Whitestown, Carmel, Westfield and Indianapolis will be critical going forward,” Haak emphasized. “Our town is on the borders of all of these towns and cities, so a decision that we make in a certain part of town may impact these areas. Establishing dialogues with these other communities is incredibly important.

“We’re very fortunate that our neighboring communities have great leadership and that they are open and receptive to engaging in dialogue to talk about what impacts everybody. What we all ask of each other is that we will be informed of what is happening in the next community over. We may or may not be involved in the decision, but we can at least plan for it. We don’t want to duplicate our efforts and then have something that would conflict with another community’s effort too.”

Haak’s time on the town council prepped him for working with the town’s department heads. He spent eight years on the council working with them and was involved in the hiring of half of them. He has made no personnel cuts or changes since taking his oath as mayor.

“Our departments all work extremely well together,” Haak said. “If one department has a challenge or needs some help, it is very common for another department to step up and offer some assistance.

“The mayor’s office is the day-to-day champion that can drive the town and council and be accountable for what happens. Another benefit to having a mayor’s office is that businesses looking to possibly relocate or move to Zionsville will know whom to contact. Existing businesses can also reach out for issues that matter and are affecting them.

The mayor spoke to me about his top two priorities for 2016 that include how to plan for the town’s impending growth.

“You cannot stop growth, and if you try, you will end up with a product that no one is happy with,” Haak stated. “We need to expect and embrace that growth is coming while maintaining the expectation for a high-level product for our community. Ultimately when that product is delivered, it’s a win-win for everyone concerned.

“We have very few chains and franchises in Zionsville, and the ones that are here are big participants within the community. LIDS is a great example of a business investing into the community. Their executives live in town, and all have made a commitment to be involved in different service organizations.

“Our town’s infrastructure is a main priority for our office and council. We are using old county roads for new development, and part of our sewer system is over 100 years old in the Village district. I have made it a priority to invest in economic development and infrastructure. We are focusing on Creekside Corporate Park. That road is going to start construction in the next few weeks.

“We’re also putting together an infrastructure plan, short-term for the next three years and long-term over the next 10 years. The goal is to get the plans on paper and put action items behind those plans, so when people ask about them, we can direct them to this document and tell them what is on plan for this year, and this is how we are going to fund it.

“One of the greatest challenges when obtaining state or federal funding for road projects is that it takes a long time to get it into place. It might take five to seven years for the process to be completed. Once we put our plans into place, we will be applying for state and federal funding for some major upgrades and some additional roads.

“I am on the Indianapolis Metropolitan Planning Organization (MPO). We were not active in that before. Using state and federal monies is challenging, but now that we have the mayor’s office to push those projects, it is worth it, and our budget would not support it otherwise.”

Haak’s other challenge is more personal in nature. He is learning to balance his duties to his community and to his family. A husband and father, he places a strong emphasis on his commitments to his family. 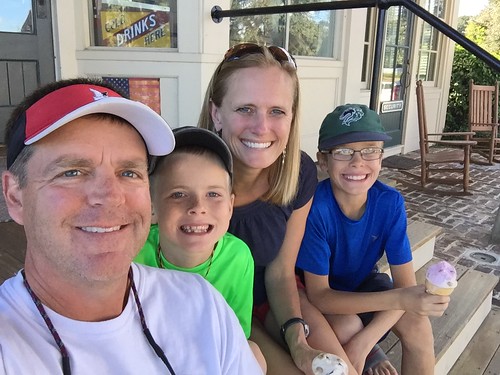 “My family always comes first,” Haak said. “Scheduling around meetings, baseball and soccer games presents its challenges. I also coach Little League baseball. In fact, I had practice the other night right before the council meeting.” With a twinkle in his eye, he concluded, “I made it on time to both.”

Haak is fully invested in his community. He went to Eagle Elementary and graduated from Zionsville Community High School. He stressed that it is important to him as mayor and a resident to maintain the heritage of Zionsville while advancing the town into the 21st century.