Homework requires discipline: most kids would rather be doing something else. Even so, a handful of students from four local high schools decided that in addition to doing their own homework, they would help a group of inner-city kids do theirs. These teens served as volunteer tutors at Shepherd Community Center in Indianapolis last winter and spring.

Shepherd Community Center’s goal is to “break the cycle of poverty.” The center offers a variety of programs and services for neighborhoods on Indy’s east side, including an accredited Christian school for preschool through fourth grade and an afterschool program for first through twelfth grade. 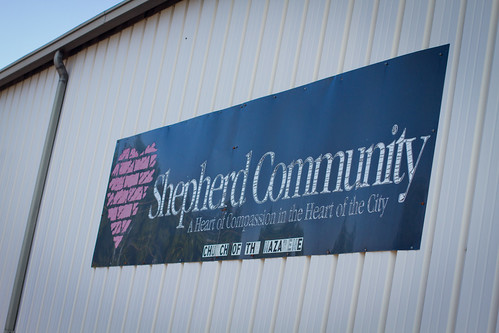 Alex Wible, Carley Lanham, Carly Bias, Hadley Rankin, Rebecca Loenen, and Will Cunningham assisted with the afterschool program last year. Though they attend four different high schools, they are all involved in the youth program at Zionsville Presbyterian Church (ZPC). They, along with a few adults, formed the core of the church’s effort to support tutoring at Shepherd.

Misty Soderstrom, a member at ZPC, drove the student volunteers to Shepherd most Thursday afternoons. She and the other volunteers helped kids at Shepherd with their homework and also led them in games, songs, and crafts as part of the afterschool program.

The church’s participation grew out of a summer mission trip to Shepherd in July 2013. ZPC staff realized that partnering with Shepherd would provide a perfect opportunity for families to get involved in missions without going far from home. And Shepherd already had effective programs in place that volunteers could plug into. 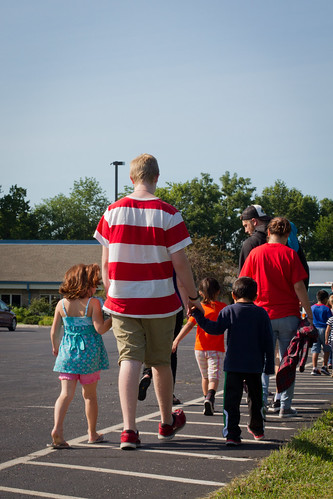 One of the programs Shepherd hosts is called EXCEL—Embracing eXcellence and Committing to Education for Life. For six weeks in the summer, EXCEL offers academic enrichment, worship, playtime, and two hot meals a day to 225 local youth. ZPC’s youth director, Josh Mygatt, believed helping with EXCEL would be a great opportunity for ZPC youth, and he encouraged them to participate. Volunteers stayed on site and helped with the program for a week last July.

The church wanted to stay connected to Shepherd and decided that helping with afterschool tutoring was the next logical step. So, starting last January, a group of volunteers headed southeast on I-465 at 3:30 p.m. one Thursday. Greg Rankin was among them. He had been on the mission trip in July, and welcomed the chance to build on relationships he had begun the previous summer.

“The Shepherd students are a great group of kids,” Rankin commented. “They are well-behaved, and by and large, they are happy to be there. And the staff is phenomenal and does a tremendous job of loving on the kids. It’s great to see the work they are doing there—that God is doing there.”

Greg Rankin’s daughter, Hadley, is a student at Park Tudor School. She went with her dad on the mission trip last summer and to several of the tutoring sessions in the winter. “I was a little wary of going on the mission trip at first,” she said, “but it ended up being super fun. I decided to try it because I knew I really loved kids.”

Hadley worked with first graders. “I’ve not spent a lot of time in first grade classrooms, but my goodness, they were pretty bright,” she said. They worked on spelling, reading, and math, things like addition and counting on number lines. She was impressed with their math skills and with their understanding of Christianity. “These kids ask some very deep questions,” she said.

One of the hardest things about working with the kids, according to Hadley, was filtering what she said to them. “With them growing up in a lot of really tough circumstances, you had to be sure you weren’t talking about stuff that they couldn’t relate to or that would offend them in some way. There were several things that the staff asked us not to talk about, things that make up our daily conversations, like families.”

The experience put her out of her comfort zone, but Hadley enjoyed that. “I liked doing stuff that was new, that I’d never done before,” she said. She learned more about poverty, and how close it was to home. The experience also helped her learn more about herself. “This might sound silly, but it gave me more confidence in myself, because the kids look up to you so much. Spending an entire day with a kid can really change your perspective on things.” 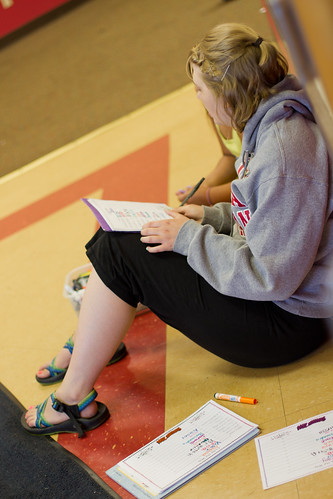 Alex Wible, who attends Carmel High School, worked with sixth graders at Shepherd. “A lot of times, helping with homework meant getting them motivated to do their homework,” Alex said. “I had to help with a few math problems, but a lot of the time it was just motivation; they’d rather talk or mess around or go to adventure clubs, which is what they can do after their homework time.” The kids loved the “adventure club” activities, such as dodge ball, crazy crafts, or book club, but Shepherd required them to finish their homework before doing those activities.

Alex liked the relational aspect of volunteering. “It’s really rewarding when the kids start trusting you,” she said. “One week when I was gone, one of the kids asked where I was. It was fulfilling to know that they wanted me to be there.”

Ed Memmen is one of the adults who helped. “It’s a really worthwhile endeavor…to get kids out of poverty,” Memmen said. Their needs are tangible; one girl said she had to wear a coat at home because the heat had been shut off.

“Each little touch of encouragement is important,” Memmen said. “One of the benefits of tutoring is obvious: seeing them learn, helping with education. But the relationship is also important. Being there, telling them you love them, caring, spending time—it makes an impact.”

A couple weeks ago the church organized a second summer mission trip to Shepherd Community Center. Josh Mygatt, youth director, attended again with seven of the church’s youth and a few parents. He said the church intends to continue this partnership in ministry in the coming year and beyond.

Mygatt shared a story that reflected how many of the volunteers felt when their week at Shepherd came to a close. “One of the high school students who volunteered last week, Will Cunningham, had also helped in 2013. Will said that last year, when the week was over, he was really sad about leaving. But this year, he felt okay about it, because we weren’t really saying good-bye,” Mygatt said. “Knowing that school starts soon, and the afterschool program with it, we were excited to tell them we’d see them in a few weeks.”