Kim Dodson: A Hero for the Special Needs Community 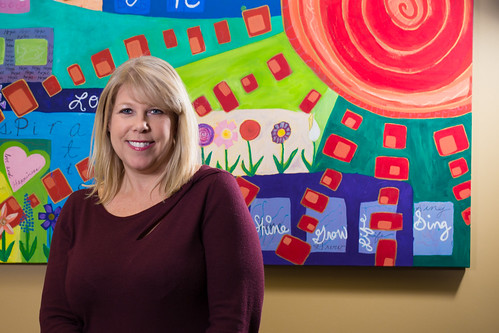 As the Executive Director of The Arc of Indiana, Kim Dodson has learned how to be innovative and take risks, all for the cause of helping people with special needs lead lives of purpose.

Fate is what brought Dodson to her current position – it was literally an accident while she was a junior at Purdue University that steered her career course. Dodson was involved in a car crash that claimed the life of her fiancé. After recovering from her own injuries, she changed her major from investment banking to pre-law. During the course of an internship for a Congressman, Dodson was introduced to lobbying.

During the 1997-98 Indiana legislative terms, Dodson worked for a law firm as a lobbyist representing amusement parks. It was during that time that Dodson met Emily Hunt, a young woman badly injured in an amusement park accident that claimed the life of Hunt’s grandmother and rendered Hunt a quadriplegic. Hunt was lobbying for increased safety inspections at amusement parks. Dodson was representing the other side. After a hearing on this issue, Dodson returned to the law firm and told her boss that they needed a compromise. The managing partner said no. Dodson quit two months later (the law firm no longer exists).

That summer, the reports of abuse and neglect leaked out about the treatment of patients with special needs at state-run institutions. Without any history of people with disabilities, she felt called to help in this effort as it greatly offended her. Dodson called The Arc of Indiana. Then-Executive Director John Dickerson was looking for a lobbyist. Now 17 years later, Dodson is the Executive Director.

Current legislation that The Arc of Indiana is pursuing includes Senate Bill 11, which is also known as the ABLE Act (Achieving a Better Life) which created a 529-type account for people with special needs. The other is House Bill 1219, which is called the Diploma Bill, as it requires all school corporations to offer the general diploma to all students; many students with special needs are not able to earn the Core 40, and not all schools in Indiana offer the general diploma, leaving many of these students without diplomas.

Another focus of The Arc of Indiana is post-secondary education for the special needs community. In 2011, while lobbying for The Arc of Indiana, Dodson had a frank discussion with the House Ways and Means Committee Chair. The two discussed Medicaid and Medicare.

“He asked me if I thought it really works,” recalls Dodson. “‘No, it doesn’t’ was my answer.”

This precipitated an off-the-record conversation that would impact the innovative approach for The Arc of Indiana for years to come.

The Arc of Indiana has been seen as a different type of human services organization since it’s more innovative and business-minded that others. Dodson was challenged to think about things differently. The legislature consisted of a more conservative group of legislators, and The Arc of Indiana embarked on a campaign to move away from “entitlement” programs and moved to positively change the public view of people with special needs.

“We wanted the families to view support differently,” says Dodson. “One means of doing this is to showcase the talents of people with special needs.”

The Arc of Indiana created their platform, Blueprint For Change. Gathering together 20 of the best minds in the country in the special needs field, The Arc of Indiana listened and learned. “We asked, ‘What’s worked? What’s failed?’” says Dodson. “How can we be more innovative with people with special needs?”

The entire goal is to lessen dependence on government services for those with special needs, yet the statewide unemployment rate was 82% for Indiana’s special needs workforce. Once we allowed them to dream of the possibilities, The Arc of Indiana initiated their Indiana Response Team, consisting of Indiana families, professionals and educators. One member of this team was Jeff Huffman, whose son Nash has Down syndrome. Nash was entering high school at the time, and Huffman dreamed of options for his son after graduation. 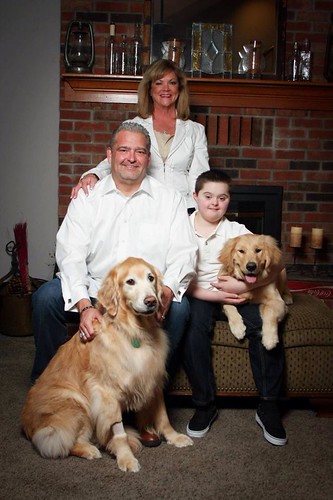 Huffman listened to the national panel of experts closely, and later, while driving through his hometown of Muncie, he noticed the abandoned Roberts Hotel. Huffman thought, “Wouldn’t it be cool to teach job skills to people with special needs in the atmosphere in which they’d be used?”

Huffman shared his idea with Dodson. ”He brought up hospitality as a possibility,” says Dodson, who thoughtfully considered this over the next 10 days. At the time, the economy wasn’t strong, but hospitality was growing. She researched success stories of the hospitality and food services sector for people with special needs.

Dodson called Huffman and asked, “What are you thinking?”

Huffman’s reply was, “If this can be done, The Arc of Indiana can do it.”

The business plan was underway, basing it entirely on research of the successes and failures across the country. The Arc of Indiana looked to create a model that worked.

They had a greater chance of success if they acquired a few characteristics: a strong university presence, a supportive business community and a mayor who would embrace the mission. Muncie fit the description perfectly.

Huffman was convinced the Roberts Hotel could be renovated and serve as their training center. During the process, the Roberts property sold. “It was a blessing in disguise,” says Dodson. The City of Muncie was so committed to the idea, it provided land for the project, allowing a new hotel to be built from the ground up.

No other city had the synergy like Muncie to pull this off. Muncie Mayor Dennis Tyler had been a champion of Arc of Indiana in the statehouse for their issues. Familiar with the needs of the special needs community, he helped make the Erskine Green Training Institute a reality.

The Arc of Indiana now had everything they were looking for. Architect Wayne Schmidt was selected nearly the moment Dodson met him. “We knew we were doing something very special,” says Dodson. “We wanted shared passion for the project, not just experts in their field. Our architect had never built a hotel but had history with post-secondary education, and Wayne is one of the most big-hearted people I’ve ever met.”

For the hotel restaurant, Dodson knew the downside of a basic hotel restaurant. They needed name recognition and a destination for patrons. Scott Wise of Scotty’s THR3E Wise Men was their target. This would prove to be the easiest influential meeting of Dodson’s career.

Less than two minutes into her pitch, Wise interrupted with, “I’m in.”

Dodson said, “But I haven’t shared everything that is required by your restaurant.”

“I said, ‘I’m in!’ 100%, we will do this,” said Wise. End of meeting. Wise was hand-picked. So was the construction team, and the Marriott hotel chain was the best option of those on the table since Marriott has a strong history of hiring people with special needs.

To give the project wings, the State of Indiana supplied a grant of $5 million to build the hotel and training center. This unprecedented endowment from the State happened in 2013, and all of the credit goes to the Republicans in the House.

Additional donors include Ball Memorial Foundation who put up $3 million. With the carryover in hospitality training into specific healthcare skills, partnering with Ball Memorial Hospital is a foregone conclusion. Ball Bros Foundation, Muncie Community Foundation, the Shafer Foundation and The AWS Foundation all have been generous supporters.

The name, Erskine Green, comes from Carl Erskine, a pioneer championing the rights of people with special needs to barriers and perceived limitations. Erskine’s son, Jimmy, works at the Applebee’s in Anderson where he has a great sense of pride with his work and his ability to earn a paycheck. Steve Green was so inspired by Erskine’s efforts of advocacy that when Green’s daughter Jessica was born with Down syndrome, Green helped in any way he could to ensure all of his children have the same opportunities.

“I stand on the shoulders of those that have come before me,” says Huffman. “Erskine and Green have touched so many lives, many of whom they will never have the pleasure to meet.”

The first class of the Erskine Green Training Center has exceeded expectations. The goal is to educate 80 students per year. “Two years ago, that seemed ambitious,” shares Dodson. “Now with increasing demand, it may not be enough.”

“Our family is truly blessed to be recipients of 60 years worth of love, grit, perseverance and passion from parents, siblings, advocates and legislators who have tirelessly worked on behalf of those with intellectual and developmental disabilities,” says Kerry Fletcher, President of the Board of Directors for The Arc of Indiana. “Our mission is to change the culture that surrounds those with intellectual and developmental disabilities in school, the workplace and the community.”

The Arc of Indiana is fielding calls from across the country to help institute similar programs replicating theirs. By conservative projections, the hotel will be debt-free by the end of 2019. By January 2017, The Arc of Indiana will have their next business plan for additional training opportunities for people with special needs prepared, sustained by the profits from the hotel. Additional job skills means getting more people to work.

“Through the Training Institute, the legacy of Erskine and Green will continue,” says Dodson.

For more information on the Erskine Green Training Institute and The Arc of Indiana, please visit arcind.org or erskinegreeninstitute.org.