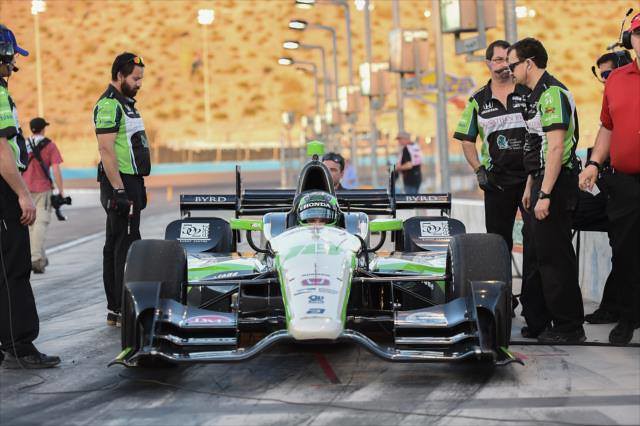 The association between Jonathan Byrd’s Hospitality and Restaurant Group and auto racing is virtually synonymous. The late founder Jonathan Byrd was a larger than life figure with an even bigger heart, who along with his love of God and family, loved motorsports.

However, the family origins with racing began with his mother, Lala Byrd. She owned a stock car in the late 1960s, becoming a pioneer for female race team ownership. It wasn’t until 1982 that her son Jonathan started his own race car legacy.

Jonathan Byrd Racing would continue until 2001 with Jonathan stepping away from the sport. His sons, David and Jonathan II, made a brief return to IndyCar in 2005 before returning in 2015. Their father passed in August 2009, five years after suffering a debilitating stroke.

After taking a decade off from sponsoring a race team, brothers David and Jonathan along with mom Virginia (Ginny) decided it was time to return to IndyCar. “We planned to be a part of the 100th Running of the Indy 500, but things evolved faster than expected, so we competed last year,” shares David, VP and Director of Operations for Byrd Hotel Group. “We realized racing is a huge part of who we are as a company and our brand. Therefore, we returned to racing.”

Jonathan Byrd’s Hospitality and Restaurant Group has evolved over the last three decades. The family business actually began in 1952, marking the date when Lala Byrd opened a frozen custard stand in Greenwood. It was also the same year her son Jonathan was born. Her Custard Kitchen later added coney dogs to the offerings. Lala’s coney sauce recipe was a huge hit, and the name changed to The Kitchen Drive-in. Jonathan began working in the family business as a teenager.

In the late ‘60s, Carl and Lala Byrd met Colonel Sanders, resulting in ownership of several franchises of Kentucky Fried Chicken. The families became great friends with the Byrds known to have hosted a few birthday parties for the Colonel. Jonathan formally entered into restaurant ownership when he purchased a KFC franchise from his father. Almost 30 years later, he sold his KFC franchises and built the famous Jonathan Byrd’s Cafeteria in Greenwood. 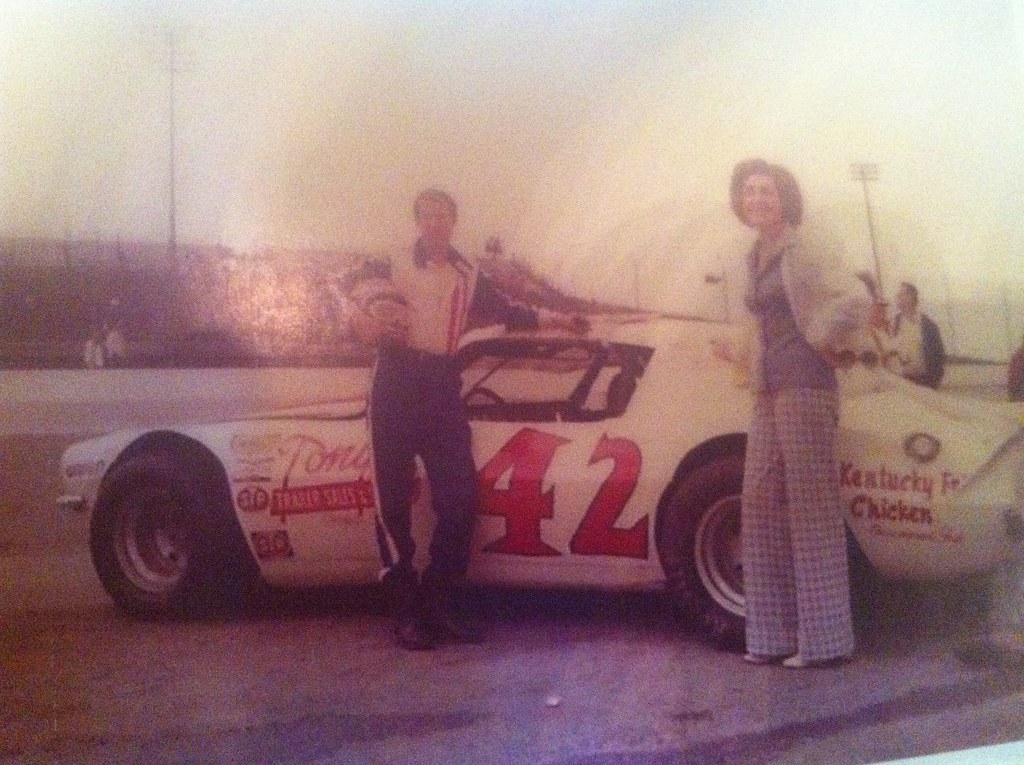 The original Jonathan Byrd’s Cafeteria structure boasted a roof that measured a full acre and featured a cafeteria serving line 100 feet long with over 250 items on the daily menu. The dining room had a seating capacity of 600 with an additional 800-seat banquet hall. This was maintained for nearly 26 years until the company made a pivot in 2014.

Jonathan Byrd’s restaurant remains in operation in Greenwood; however, there is no cafeteria. Jonathan Byrd’s scaled down the Greenwood operation, although they maintain the Byrd Conference Center. Deciding to expand north of Indianapolis, the Byrds opened the 502 East Event Centre in Carmel as their second banquet facility. Never to take on something on a small scale, the 502 East Event Centre is the largest event space in Hamilton County with 38,000 square feet of room to entertain. There are an additional 22 venues across the city of Indianapolis where they are the preferred or exclusive caterer.

Shortly after expanding into Hamilton County and scaling down the restaurant operations in Greenwood, Jonathan Byrd’s secured the foodservice contract at Camp Atterbury, increasing its presence in Johnson County.

In addition to the Fieldhouse, Jonathan Byrd’s will have two restaurants inside the giant Arena along with internal concessions. One restaurant will seat 200 on the main level, and a small bar and restaurant on the second level will overlook the main playing field. Byrd Hotel Group is building a 176-room hotel that will be connected to the Arena; it should be completed in 2017.

“The hotel at Grand Park is a natural expansion of our hospitality positioning,” shares David. “It’s our first hotel in Indiana but will be the 10th hotel that we have owned and operated.”

David and his family moved to Phoenix, Arizona, in 1999 when Byrd Enterprises expanded to include hotels. Since moving to Arizona, David has overseen construction and acquisitions of hotels across Arizona and Utah. Currently their company owns and operates five hotels. 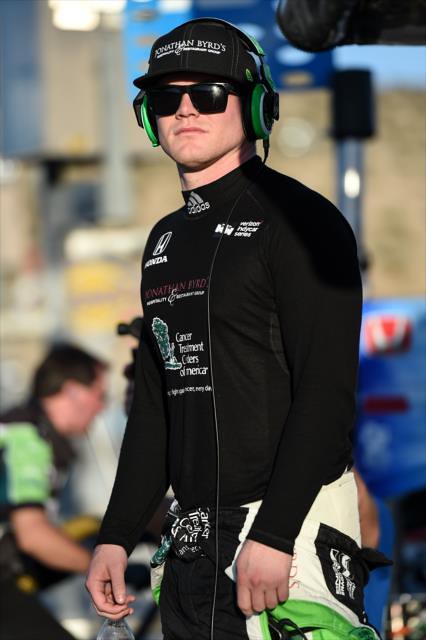 One of the closest race tracks to where David and his family live is a dirt course called Canyon Speedway northwest of Phoenix, and the other is Phoenix International Raceway. It’s tough to replicate the feel and tradition that surrounds the Indy 500. “My kids don’t fully appreciate my love of racing,” says David. “But they’ll get there.”

Their driver for the Indy 500 last year was Bryan Clauson of Noblesville who is doing something completely crazy. In fact, the name of his racing quest this year is “The Chasing 200 Tour: Circular Insanity.” Clauson, who is driving for Jonathan Byrd’s Racing again this season, is scheduled to drive in 200 races in 2016. “It is ambitious, but it’s a dream of Bryan’s,” states David. “And he is literally on the track more than off and is doing quite well.” The Indy 500 should mark Clauson’s 65th race in his quest.

Both drivers for Jonathan Byrd Racing are from Noblesville: Clauson and Conor Daly. Daly is the son of Derek Daly and Noblesville native Beth Blackburn.

For two weeks in May, the entertaining and networking for Jonathan Byrd’s customers and clients will be taking place alongside the straightaway at the Indianapolis Motor Speedway. While the event is only two weeks long, the impact and connections made between Byrd guests may contribute to building a lasting legacy, much like what they have created for themselves.

Making connections and creating value with business relationships like those between Grand Park and Jonathan Byrd Hospitality and Restaurant Group represents what’s possible through a simple catering contract.

“The initial conversations with Westfield   about a simple catering job for a ribbon-cutting ceremony is what has led to all that we are now doing at Grand Park,” says Kevin Manship, COO of Jonathan Byrd Hospitality and Restaurant Group. “You just never know.”

The Jonathan Byrd Racing platform provides a business development tool for them. This provides Jonathan Byrd’s a serious advantage over other companies in the same space. They are able to increase their brand profile in a way where they are more visible and linked to the Indy 500. This advertising platform is a win-win for companies wishing to make strategic relationships with other companies.

“We have the ability to entertain clients at the IMS during the 500 and at other events across the country,” says David. “We go about our racing sponsorships in a different way. We say, ‘Hey, we are going racing. We are investing in our brand. We’d like for you to do business with us and come along for the ride.’”