It Takes The Villages… 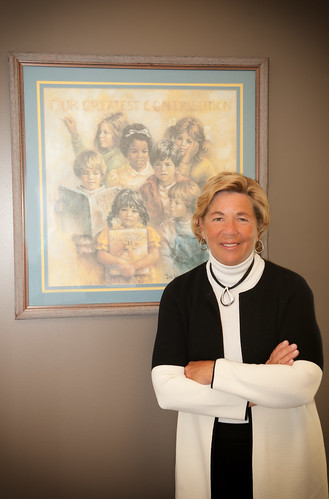 Sharon Pierce, a resident of Zionsville, is in the business of advocating for and raising up children. Pierce is the President and CEO of The Villages, an organization that specializes in foster care, adoption and family services for Indiana’s children, youth and families.

Prior to The Villages, Pierce’s work with youth began with counseling and administrative work for colleges. She was the Assistant Director of Student Activities at Western Michigan University. Afterwards, she became the Executive Director for Youth Advocate Program in Decatur, Illinois, at which she grew from a $500,000 program to a $5 million agency. Following her husband’s agribusiness career, they moved to Champaign, Illinois, where she accepted the position of Regional Director of the Children’s Home and Aid Society of Illinois, a statewide agency that is similar to The Villages.

Pierce focused on that agency’s array of foster care, adoption and family services that benefitted her when she moved back to Indiana and took the position of Deputy Director of the Department of Child Services (DCS) in 1991.

“When I first moved back here and worked with DCS, I learned about how the legislative process works at all levels: the executive, judicial and legislative branches,” Pierce said. “I learned about how the federal funding streams reach a state like Indiana and what we need to do as citizens to advocate for more or different funding streams. The Villages board approached me after I had worked with them on a licensing waiver, and I think they liked my problem-solving approach. They asked if I would consider interviewing to be their CEO, and I’ve been here ever since.”

Twenty-two years later, Pierce’s passion to advocate for the services that The Villages provides remains unwavering.

The Villages was established in 1978 in Indiana through an initiative of Lilly Endowment. The noted child psychiatrist Dr. Karl Menninger, who was awarded the Presidential Medal of Freedom by President Carter, established The Villages’ philosophy.

“Dr. Menninger felt strongly that children grew, flourished and developed best in a family,” Pierce explained. “That is foundational to what we believe and to any program or service that we provide at The Villages. Dr. Menninger’s concern was that a child who was being abused or neglected was being removed from their family. However, the child was then being placed in an institutional setting, and the question became how would that child ever learn to be a part of a functional family? Dr. Menninger established family model group homes for neglected youth in Kansas, Indiana and Michigan. The family model is based on a married couple who has felt a calling to work with vulnerable children, receive highly specific training and then are provided with a home setting along with eight to 10 neglected children. That concept was foundational to The Villages being developed in Indiana.”

The Villages first board chairperson, Dr. John Pless, donated land to The Villages in Bedford, Indiana, where they developed their first family model group home. “Today we have grown beyond the family group home model as we have tried to be responsive to what the communities need and to what DCS has told us that they need over the years,” Pierce stated. “When you add bricks and mortar to human services, it can easily double or triple the cost. As resources became scarce, DCS and the precursor agencies approached us and asked if we could develop a specialized foster care using the same philosophy except that the foster care families are using their own homes to provide the same service with a smaller number of children. Over time, we transitioned from family model group homes to pioneering therapeutic foster care in the private sector. Today we have almost 300 children in foster care and serve about 600 on an annual basis.”

The Villages offers a full array of services from foster care, adoption, family services, transitional living, childcare, early development services, child abuse prevention and Dad’s Inc., a program that provides education to fathers so that they develop healthy relationships and positive involvement in the lives of their children.

“We try to defy the odds for these children who have experienced this huge trauma of being abused, neglected and separated from their family of origin,” Pierce emphasized. “They are often subjected to multiple moves, and we are trying to minimize that. We focus on the ideal match for the child and the foster family that we have trained, screened and licensed. We look at the geographic setting, ethnicity and spirituality of the child. If we can safely keep a child in their own school district, that is a priority for us. We want them to succeed educationally.”

The foster parent selection process is really a covenant between the individuals and The Villages. 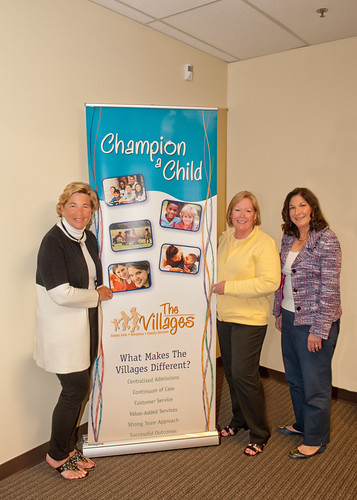 “We want to make sure that the foster family’s relatives and support group are onboard as well,” Pierce explained. “How the family’s friends and family members will treat these children is very critical for all concerned. The foster parents will need a broad range of support. Some of the key qualities to be a foster parent is a love of children, an understanding of the developmental stages of children and a sense of patience. Being a parent of four children is the hardest job on my resume but is the most important one too. We don’t always write the script when we’re raising children, and that includes being a foster parent. Our foster parent cadre is just like any team. We need phenomenal bench strength of foster parents so that we can make the right match for every child and continue the stability that we’re so proud of. We have a 90 percent retention rate of our foster parents on an annual basis. Nationally, that rate is about 50 to 60 percent, and those who don’t stay on as a foster parent with us have usually adopted the child in their care.” Pierce likes to refer to this positive result as the child’s “forever family.”

The Villages facilitates about 10 percent of the state’s special needs adoptions because of their culture of permanence.

The Villages’ greatest challenge right now is that the state has invested a great deal in the public sector funding but not proportionately invested in the treatment of the children, which is primarily the responsibility of the private sector.

“It is now a funding challenge that our board has been advocating very strongly for. We don’t want it to impact the quality that we’ve committed to providing. We want the quality of The Villages to be the same for any child that we are serving as it would be for a child in our own life. It is difficult to continue to do that with the repeated cuts. We are always in need of great folks who are considering foster parenting. Our work is about investing in children and believing that every child has a right to develop, maximize their potential and see their dreams come true.”