Getting Back to Roots in Zionsville 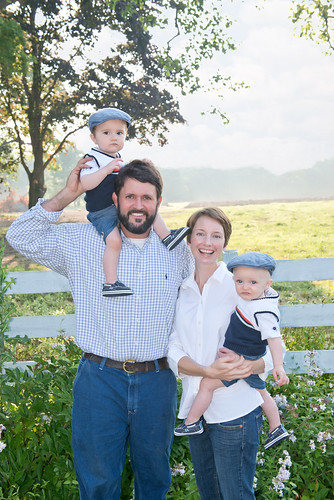 If you haven’t heard about Salem Farms on Hunt Club and CSA (Community Supported Agriculture) at Salem Farms, you soon will. Be prepared to welcome home Kevin and Laura Channell to the new farm they just purchased in the Salem Crossing area of Zionsville (near the corner of Kissel and Hunt Club Road). Plans are underway to begin a diverse organic produce farm, along with construction of a home and a retail setting to sell their produce and distribute CSA shares to farm members. The Channells owned and operated an organic farm in Vermont and are returning after being gone for about 10 years. Not only do they bring their love of farming and skills to start a new business, but they now have 1-year-old twin boys in tow!

Kevin and Laura both grew up in Greenwood, Indiana, and attended Center Grove schools. As a young girl, Laura and her mom would often make a day trip to Zionsville where they enjoyed dessert at the Pie Safe and shopped for clothes at our local boutiques. They would drive by the house Laura’s grandfather built in the village, and her mom would recall attending kindergarten at the church that is now The Sanctuary art gallery. They would enjoy the mother-daughter days a few times a year, and these days were filled with fond memories. Laura fell in love with Zionsville.

It was later when Kevin and Laura were students at Indiana University in Bloomington that they became sweethearts and eventually married in 2000. The newlyweds purchased a cute little 1880s home in Zionsville at the corner of 4th and Poplar that they enjoyed fixing up as they dreamed about living off the land and growing food. They began to plan a journey that would eventually take them to New England and then bring them back to Zionsville.

An opportunity to apprentice with an established organic farm in Saratoga Springs, New York, presented itself in 2004. As apprentices, they were involved with the Northeast Organic Farming Association (NOFA) and were able to attend many workshops and visit other farms in the area. And in 2005, they began to learn about how to operate a CSA by apprenticing at another organic farm in Brunswick, Maine. In 2006, the Channells purchased a beautiful piece of land on the Connecticut River in Fairlee, Vermont, to start a farm of their own. They began “Your Farm” and sold their produce at local Farmers’ Markets, through a summer and winter CSA membership, to local restaurants and stores. 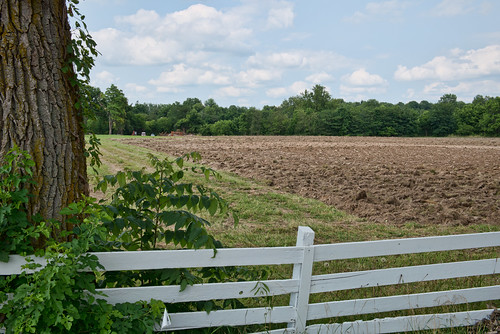 The Channells enjoyed growing food for their customers and especially liked the CSA membership. Laura explains, “A CSA is when people in the community support a local farm by purchasing a share of the farm’s harvest before the season begins. Then, throughout the growing season, each member receives a weekly harvest from the farm. Each week we would send out an email to members letting them know what produce they would be receiving, along with recipe ideas and news from the farm. It is a great way to foster community around local agriculture. CSA members get to know each other, their farmers and where their food is grown.”

The Channells owned and operated Your Farm until 2013. When the couple learned they would soon be parents to twins, they decided to return to their roots here in Zionsville to be close to their families. The boys, Elias and Eliot, just celebrated their first birthday and are surrounded with family. As Kevin explains, “We absolutely LOVE Zionsville and being back in Indiana. Zionsville is a wonderful place for us to raise our family. We are excited to start another farm and grow healthy food for the community. We love that our new farm in Zionsville is close enough to the community for so many people to have the opportunity to enjoy.” 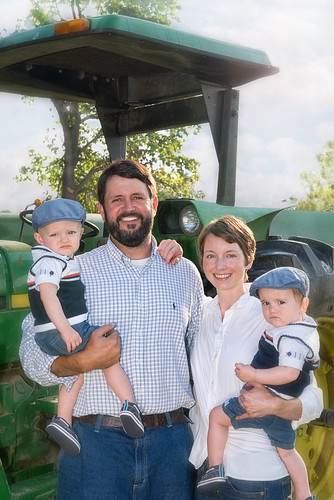 Plans for the new farm include offering CSA shares and operating a retail space to sell the produce to the community. The Channells hope that Salem Farms will become an agricultural destination where customers can learn where their food comes from and enjoy being in the country.

Welcome the Channells back to our community as they lay down deeper roots with their family and start their new organic farm here in Zionsville. The Hunt Club Market and CSA at Salem Farms on Hunt Club will begin in May/June 2015. CSA shares will be available to purchase after Thanksgiving 2014. For more information, visit salemfarmsonhuntclub.com or e-mail Kevin and Laura at: [email protected]