Editor’s Note: This is the third in a series of stories we have produced on the school funding crisis. Some may wonder why so many. It is our view that there are few things more important to our readers than the quality of our local schools and the level of taxation. This issue puts both squarely on the front burner.

After months of media blitzes, coalition forums and meetings with educators at the Statehouse, the Indiana House of Representatives and Indiana Senate deliberated and passed the updated version of the school funding formula. So how does this revised formula affect our local school district and the quality of our children’s education?

Let’s first review the issues that the previous formula had on suburban school districts throughout our state, like the Zionsville Community School (ZCS) district.

In 2008, 64 percent of ZCS’s general fund was comprised of local property taxes. In 2009, the law was changed, and the state’s school districts could no longer contribute any local property taxes into their general fund unless they went to the ballot seeking an operating referendum. The simple fact is that ZCS immediately lost $17.7 million of local funds when the law was changed, and the district has struggled since to fill that gap even after the ZCS administration and school board engaged in extensive cost-cutting measures. 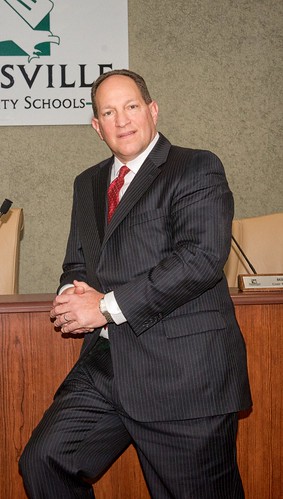 “Our district remains one of the lowest funded in the state,” said Dr. Scott Robison, Zionsville’s Superintendent of Schools. “We lost many programs as a result of our funding declining every year since 2009. We now receive fewer total dollars per pupil than we received back in 2002 to educate some 2,000 more students going into 2015-2016. We have higher class sizes, and this will continue to be the norm until we get the funding dilemma solved. Our three-year referendum that began in 2012 will end at the end of this calendar year creating a $5 to $5.4 million additional gap in our funding.

“Currently, we receive $4,960 per student. Mike Shafer, our CFO, and I have calculated that it would take approximately $6,100 per student in 2015 to restore class sizes, to obtain project Lead the Way which is a staple of pre-engineering courses throughout Indiana that our students deserve and to get back our elementary physical education/health courses taught by trained professionals. We would also be able to sustain our elementary STEM science program, which we were able to bring back as a result of the referendum. We do not want to lose that again.

“Over the past few years, we have had tenuous staffing with high employee turnover rates in important programs that research shows would increase student achievements in other core academic courses. One example of this would be our orchestra program. Our orchestra program is run on a shoestring, and in the past three years, we have had four different orchestra directors. Maintaining the quality and continuity of our program in the face of this level of employee turnover is very difficult, but nationwide data from several sustained studies show the efficacy of such programs in boosting overall student achievement and student cognitive activities in other subjects. Yet our staffing is disproportionately low in this area for the number of students that we have. This is a direct result of our funding issues.”

Last month, the House presented their version of the formula that would have provided about $200 more per student across the coming biennium and elevate the average. ZCS would still have been almost $800 below the state average per pupil funding, and by 2017, ZCS would have been the lowest funded school district in the state. In the Senate’s version, there were significant shifts in the complexity formula vs. foundation amount, but enrollment projections remain a primary factor. Now school districts across the state will review the final version of the funding formula that passed at the end of April to decipher the impact that it will have on their respective districts.

Shafer is analyzing the final impact on our district and will provide a detailed report at the May Board meeting. Board members will then consider various ways to balance the 2016 and 2017 budgets. Options could include reducing the number of teachers and cutting programs for the 2016-2017 school year or placing a referendum question on the November 2015 ballot. The current operating referendum expires this year.

“When we successfully sought a three-year referendum in 2012, we hoped to have a clearer picture of the future of the school funding formula when it expired in 2015,” said Robison. “By May, we will know what that picture looks like, so our Board of Trustees will be able to make informed decisions about the future of our schools. The more affluent communities continue to contribute a disproportionately high share of the income and sales taxes that actually go into the funding formula, and yet we get the lowest shares back.

“We are not saying that school funding should be equal dollar-for-dollar for a student who attends an inner city school, for example, who likely is socioeconomically disadvantaged and needs more school services and supports as compared to a student in Zionsville. We are saying that school funding should be equitable and provide adequate levels of services and programs for all students regardless of their hometown or address. However, with the disparities in the current funding formula, the gap is so skewed that it doesn’t allow us to do what we need to do for our students here in the upcoming years.”

ZCS is growing 150-200 students per year, leaving one to ponder what the class sizes will look like if the Board of Trustees cannot afford to hire additional teachers while receiving 200 more students. While such a scenario sounds far-fetched, it has already happened numerous times in other nearby school systems.

“We have sustained our cost cutting in administrative overhead and the efficiencies that we’ve driven forward. This has been coupled with our entrepreneurial efforts to the extent that we can leverage our assets of the community to make money that assists with the professional development of teachers,” Robison said. “I give a lot of credit to Mike Shafer with his entrepreneurial mindset and our incredible school board members who have great ideas. We have spent every penny of that referendum these past three years on teachers’ and counselors’ salaries and benefits to make sure that we can serve our students and their families at the level that the community has come to expect.

“We will not retain good teachers if we pay them less than the going rate in the labor market for teachers of the caliber we find on our staff. This is an economic fact of life. We have already seen teachers leave us because we have not been able to provide a stable financial environment. When the money doesn’t flow from the state to hire teachers, the wonderful goodwill and involvement of the parents in our community who are sending us great kids will not by itself allow us to hire or retain teachers. One of my passions is ensuring that we stabilize our finances so that our teachers can know that we want them here and that they will be compensated competitively for working here.

“At the same time, we recognize that an even more compelling concern is that our students are not being properly served due to our inability to offer the same levels of services and programs that students in other school districts are currently receiving. The programs that we have eliminated or foregone, notably including the International Baccalaureate Programme and Project Lead the Way, are being offered in our peer school districts and providing great experiences for students. Without Project Lead the Way, some of our students in some engineering courses of study are starting off behind their fellow college freshmen and struggling to make up the gap. This should be as unacceptable to every resident of Zionsville as it is to our staff.”

Robison concluded, “People moved here because this is a great school community and is so because of the families that do the right things with their children early on and who continue to remain engaged. It is not the other way around. Great schools happen only because of great families and the high expectations that they have when they send their children to us. We are aligning our services to maximize student growth while their children are with us, but we must have adequate financial resources to make and maintain this as our community’s reality.”