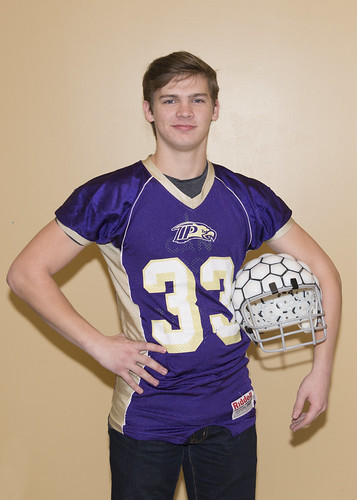 Inspiration may come in a flash, and for Traders Point Christian Academy’s Darin Grice, his moment happened while watching a football game. As he sat on the couch watching the Indianapolis Colts play, he thought, “The outside of the helmet should have some flexibility.” Grice quickly sketched an external helmet system based on his epiphany.

The following day, Grice investigated the patent process and has since received patent protection for his innovative design.

“I’m an art teacher,” says Grice, who is also a freelance artist. “You don’t need to be a business genius to see that there is a real need for this.”

The reactionary design technology utilizes three layers acting as a system to absorb and disperse impact energy. The standard sports helmet shell consists of a one piece hard inflexible material and Grice thinks this is where new technology can make the biggest impact in reducing injurious forces.

Grice found technology gaps and realized that most of the technological focus for helmet improvements was being done after impact whereas his device is centered on what can be done at impact.

In addition to adding time to the impact like a bumper on a car, The Turtle Shell Protective Systems creates multiple impact points and an impact sequence to absorb and spread out impact energy. The impact sequence will be effective technology in reducing rotational forces. 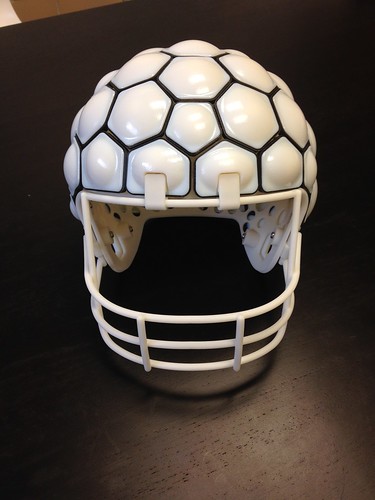 A team of mechanical engineers at IUPUI are conducting impact testing to prove the durability and feasibility of the design.

“It’s my hope to prevent concussions in anyone who wears a helmet, not just football players,” says Grice. “Of course he’s my primary concern.”