Co-Existing with Coyotes in Our Community 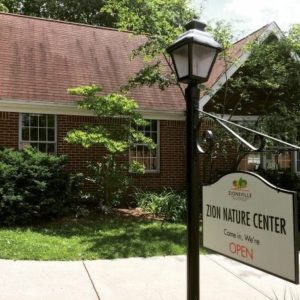 Local social media and media outlets have posted and reported on “coywolves,” a blend of coyote and wolf, creating more anxiety and animosity toward what are actually eastern coyotes. We sat down with Mindy Murdock, park naturalist and Nature Center manager at Zion Nature Center in Zionsville, to discuss what kind of coyote the community is dealing with and how we, as residents, should be dealing with the wildlife that is sharing a habitat with us.

Let’s first look at what an eastern coyote is and how a “coywolf” is not “a thing.” An article published in “The Conversation” and written by Roland Kays, a research associate professor of wildlife and scientist at North Carolina Museum of Natural Sciences, North Carolina State University, sets the record straight on “coywolves.”

Kays explained that as a result of evolution in the U.S., there is a hybrid canid living in the eastern U.S. “There is no single new genetic entity that should be considered a unique species,” Kays wrote. “New genetic tests show that all eastern coyotes are a mix of three species: coyote, wolf and dog. The percentages vary, dependent upon exactly which test is applied and the geographic location of the canine. The coywolf is not a thing.”

Murdock explained the habits of the eastern coyotes that live among us and discussed how we have created the ideal habitats for them over the years.

“There are animals that need the deep woods and uninterrupted habitats, and there are animals that, if given the opportunity, will adapt to our human habitats,” Murdock stated. “Coyotes, Canadian Geese and White-tailed deer are other examples. We [humans] are providing a habitat that is ideal for them. How many people have backyard sheds or areas that are overgrown with brush and shrubs? We have provided them with city/town parks, culverts under roadways and ditches – all are places for them to raise their pups. They will put their den anywhere as long as they feel it’s safe.”

Coyotes will spend most of their time hunting for small animals and vermin during dusk and dawn hours. Murdock recommends that people need to secure their trash with lids, bring in cat/dog food at night and clean up under their bird feeders as ways to detract coyotes from eating the food that is left out or hunting the animals that the food is put out for.

“No matter how hard you try, you’re not going to get a coyote to leave an area, so we have to learn how to adapt so that we can stay good neighbors with the coyotes,” Murdock said. “They have adapted to us, but we are not adapting as well to them. People’s biggest fear is for the safety of their kids and pets. If you have a cat, bring it inside. If you have a dog, make sure it is secured and not running loose in the neighborhood. Coyotes look at smaller dogs as a potential meal and bigger dogs as competition. Your dog is just another canine in its [the coyote’s] territory.”

According to Murdock, humans are predators to coyotes, and while they are naturally curious of us, they are not sizing us up to eat us.

“Coyotes are the wild cousin of what we’ve domesticated but have the keenness that most of our dogs have lost,” she said. “They do form family groups but not as tightly as wolves. They have an alpha male and female but don’t usually hunt in packs likes wolves do.”

Murdock emphasized that shooting within town limits and poisoning coyotes can have obvious legal ramifications and are not the proper way to deal with the situation. That is a job best left for the Department of Natural Resources (DNR).

“I had DNR come out and do a presentation on ways that we can be good neighbors with our wildlife. When a coyote has crossed too many boundaries, rather than trapping or shooting them, contact DNR and let them step in and handle the situation,” Murdock stated. “Studies have shown that when you kill or relocate coyotes, new coyotes will move into the territory or will breed to bring the numbers back up. We need to learn to adapt ourselves to coyotes and how to behave to keep the conflicts down.”

She stressed that if a coyote won’t leave after you have removed any attractions that might have brought them to your yard and it is getting too close for comfort to your children and/or pets, then contact DNR. If you or your children are standing in proximity to a coyote and you want it to go away, Murdock has some rather unusual tactics that work to scare the coyote off.

“Act big and mean,” she said. “If you have a hose, hose them down, use an air horn or act big and scary – scream, shout and wave your arms. Show your dominance, but do not charge at them. The coyote will look at you and think that it’s just too much for it to try to figure out, and it will leave the situation because it doesn’t understand what you are doing. We want coyotes to continue to be fearful of us and think of us as predators.”

Murdock concluded, “They are beautiful to watch. Most of the time, they are just passing through, and they are not the ‘monsters’ that you read or hear about. Coyotes are native animals that are not going away, so we need to learn to adapt our homes and neighborhoods.”

Appearance: Coyotes have a fur coat in shades of oranges, grays and tans. They typically weigh between 25-40 pounds.

Diet: Coyotes will eat anything they can find. They mainly consume small rodents and rabbits but are known to eat fruits, vegetables and insects.

Activity: Urban coyotes are more active at night than rural coyotes. Seeing coyotes during the day does not necessarily mean it is sick or something is wrong.