Beyond the Gate is a Bond of Life 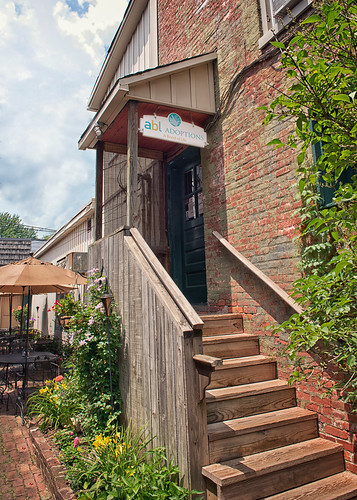 Just beyond the patio gate that welcomes guests of the Cobblestone Grill, there is a little staircase that leads to a door to the second floor of 140 ½ South Main Street in Zionsville. Many guests have noticed the steps and inquired whether there is a business up there, and if so, what do they do?

The average passerby may not realize that housed on the second floor of the Wright Family’s building is a service company that unites children with their adoptive families. ABL (A Bond of Life) Adoptions has been creating families through domestic adoptions for the last 10 years and is headquartered in downtown Zionsville.

Tina Klinkose-Kyler, founder of ABL Adoptions, has an additional location in Mandeville, Louisiana. Tina has personally gone through the adoption process along with her husband, Steve, three times after multiple attempts at in vitro fertilization.

“Once I realized that I couldn’t have natural-born children and did the whole infertility route, we looked at adoption,” Tina said. “Adoption was a comfortable option for us. We have several family members who have adopted, so it wasn’t any big deal.”

Tina described the moment when she realized she wanted to be an adoption facilitator. “We went through the adoption route and we chose a domestic adoption,” she explained. “After going through the process and having the experience of talking with different birth mothers, I just knew that this was something I wanted to do. After we got home with Gavin, the agency wanted me to talk at a seminar they were hosting. The agency had local seminars and wanted adoptive families with new babies to come and speak. I went and during that seminar, I was able to educate people on the adoption process and was giving them hope. Just because you can’t physically have babies doesn’t mean you can’t be a mom or a dad. I started out doing seminars and then it snowballed and soon put everything in place for me to start my agency. Indiana laws changed and the state was eliminating facilitators and requiring me to become a licensed agency. It was a process.” In addition to Gavin, Tina has two other adopted children, Madison and Otto.

Tina never knows when she may get a phone call from a prospective birth mom. If the birth mother or father needs it, Tina can arrange for counseling, assistance with medical care and some financial assistance. Her agency works with birth mother liaisons and social workers throughout the process and even has resources for the birth mother to be mentored after she places her child with a family so she can get her life back on track.

The majority of her clients come by word-of-mouth referrals. Assisting Tina is her “right arm” and friend, Laronda Southworth. Laronda has worked alongside Tina since the beginning of ABL and is proud that they are celebrating 10 years of placing children with loving and devoted parents so the children may have the experience of growing up in a safe and nurturing environment.
“I adopted my son, Levi, from Tina when she was the facilitator the first year,” Laronda said. Laronda made a life-changing decision to go to work for Tina’s growing agency. She now has two adopted children, Levi and Abigail.

“When I went through the adoption for my son, I just knew I would work in adoption at some point in time,” Laronda explained. “I feel like we are making families and saving lives. For the first year, I worked with the couples during the match and the birth mothers until they placed. I also assist birth moms and adoptive parents at the hospital scene where you work with the social worker when the birth mom delivers. I coordinate with the attorneys the consent signing and other legal matters.” 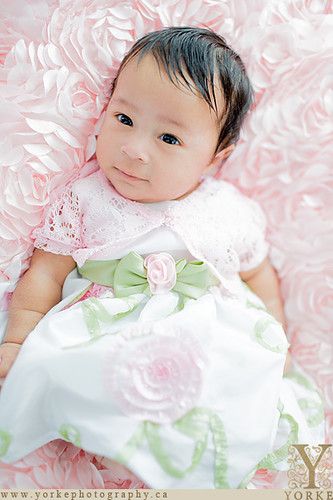 From a book, much like a storybook, the birth mothers look at pictures and read the bios of prospective parents. It includes a “Dear Birth Mom” letter and is a marketing tool for families to describe themselves to the birth parents who pick their families from these books.

The process involves a phone interview and usually the birth moms pick their first, second and third choices. ABL then notifies the prospective parents and then the birth mother will interview them over the phone. Rarely will they want to meet in person. The prospective parents can choose to match or not match, and if they’re chosen they don’t have to accept a match.

The majority of birth moms want updates or milestones to know the child is happy, to ensure the decision they made was the “right” decision.

The average age of a birth mom is 25-38 years. ABL has had only four birth mothers under the age of 21 in ten years. There are all kinds of scenarios that people don’t think of as to why people are put in a position to place their children for adoption. They don’t want to abort the child because of their beliefs, therefore they make the next choice. Each adoption is unlike any other adoption, and there are no two birth parents alike. Laronda compared adoptions to snowflakes: “They’re all different and each one has its own story.”

Adoption is the answer to the divide between abortion and parenting. What makes ABL different is that they are not all social workers and their agency model is marketing driven. They are all adoptive parents or have been personally involved in the adoption process.

The average cost of an adoption is $32-40k, depending on what state the birth mother is from and the state eligibility for her to receive living assistance and the legal costs. ABL’s fees are the same no matter which state.

ABL’s staff is available by phone 24 hours a day and birth mom liaisons and social workers are available to the parents throughout the entire process and after, if necessary.

ABL has placed more than 500 children with their loving families since their opening in 2004.