A Journey of Faith

The story of a stranger in need and a church that wouldn’t stop giving. 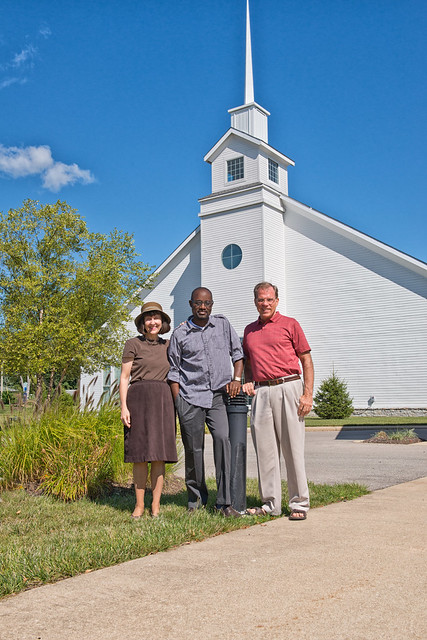 Edgar Momoh, a Zionsville Fellowship pastor of care, exudes joy. He wears the sort of smile that starts at his mouth and radiates to his eyes. Momoh’s cheerful countenance makes it physically impossible to be grumpy. Momoh tells you he’s grateful, and it shows.

Momoh is sitting in the conference room at Zionsville Fellowship sharing his story. This is a miracle in itself. Momoh should not be alive. He’s faced near-death experiences, in his words, “too many times to count.” His hometown is half a world away. Yet he’s sitting here in Indiana, and he’s smiling. The story of how Momoh landed in Zionsville is a testament to his faith and to a church that rallied around a stranger in need.

On January 2, 2012, Larry Moran, a worship leader at Zionsville Fellowship, stood at the gate of the Indianapolis Airport. Moran clutched a donated wheelchair and readied himself to pick up an ailing stranger. He heard the man was a pastor from Sierra Leone who became gravely ill while attending Bible conferences and visiting family members in the states. That stranger was Edgar Momoh.

Moran took one look at the listless figure that emerged from the airplane and assumed Momoh was dying. He rushed Momoh to a local doctor’s office. The doctor, a Zionsville Fellowship church member, opened his clinic during the New Year’s holiday just to tend to Momoh.

It was later determined that Momoh suffered from a large blood clot that wound through his heart and lodged itself in the arteries feeding his lungs. Doctors were mystified that Momoh survived the clot.

Momoh said, “The doctors told me they had no explanation on how I survived.”

Momoh’s good health lasted a short time. He suffered another setback a few months later when he was hospitalized for deep vein thrombosis. Ultimately, Momoh was diagnosed with a rare kidney disease called Membranous Nephropathy. Over the course of the next two years, Momoh endured four more surgeries and almost a dozen hospital stays. He became a “guinea pig” for various treatments and medications, some with painful side effects.

During that time, the Morans housed and nursed Momoh while he faced his myriad of medical challenges. The Morans considered it a blessing to have Momoh live in their house.

“He is such a happy and holy guy,” gushed Moran. “The blessing of having him here outweighed any issues of having an extra person in the house.”

The Morans treated Momoh like one of their own. “I have experienced Christian hospitality beyond measure,” Momoh asserts.

But Momoh missed his family. It had been three years since Momoh had seen his wife Caroline and three children, Patience (age 15), Donna Joy (age 11) and Edgar James (age 8) who still lived in Sierra Leone. Momoh was blocked from returning to Africa due to the complexity of his health issues coupled with his prohibition on flying because of his susceptibility to clotting.

Diane Moran said it was an answer to prayer when Momoh’s travel visa was renewed for an unprecedented fourth time. Momoh’s visa was renewed right before it was set to expire. The visa was postmarked one day before the government shutdown.

The Sierra Leone embassy granted visas for the Momoh family to enter the United States in July 2014. A GoFundMe page was created to purchase airline tickets for the family. The family left Sierra Leone shortly before the Ebola outbreak. Momoh calls this “a testament that God is faithful, and His timing and plans are inexplicable.”

Zionsville Fellowship mobilized their finances, possessions and skills to help the family find housing and settle into a life in Indiana. Several parishioners donated household items and furniture. Private movers, who also attended Zionsville Fellowship, collected, stored and moved the items. An electrician, a church member, provided his services for free. Two church ladies made quilts for each family member.

A GoFundMe page was created to buy a car for the family. Another church member paid for a different vehicle when Momoh got into a car accident that totaled the car. (Momoh walked away from the accident without a scratch, a fact that bewildered bystanders and policemen at the scene.)

More than anything, Momoh and his family were showered with prayers, love and encouragement from the church.

“The church has embraced our family with love and support,” Momoh proclaimed. 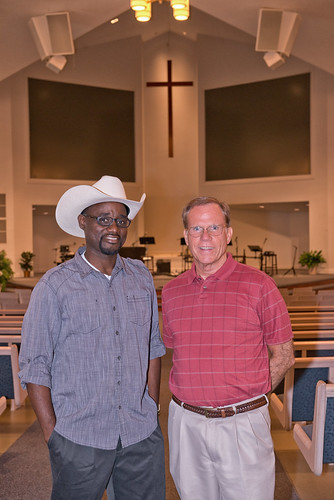 Momoh currently undergoes dialysis three days a week. He serves in a pastoral care role at Zionsville Fellowship. In his position, he ministers and tends to those who are sick and hurting. He says that when ailing people hear his story, they find comfort and hope.

Along with his health challenges, Momoh has amazing stories of surviving near-death experiences in his homeland. Momoh was captured by rebels during the gruesome Sierra Leone civil war in the 1990s. Momoh recalls standing in front of a firing squad when a random question from a general saved his life. He considers this “a providence of the Lord” and remembers countless other miracles that spared him from seemingly imminent death.

“I really don’t know why I didn’t die. People feel God has used my life to bless them,” Momoh said. “But I’m not afraid of death; I have a hope in Christ.”

Momoh calls Zionsville “heaven on earth” and gushes about the support that he and his family have received from the community.

“Hoosier hospitality is a real thing,” Momoh said with a smile. “I have experienced it at every level. This is our home. This is where we’re meant to be.”