A Concert For Cancer Celebrates Life and July 4th

On June 30, 1999, Zionsville resident Scott Lintner’s life took a wicked turn. As a medical professional, Lintner took a mandatory tuberculosis test that came back positive. After additional blood work was ordered, he received the news that he had leukemia at age 37.

“None of my test results were particularly good,” Lintner recalled. “My doctors said that I didn’t have to start chemo right away because it wouldn’t cure me and that I could start chemo when I wanted it or needed it. I waited a year before I started chemo. 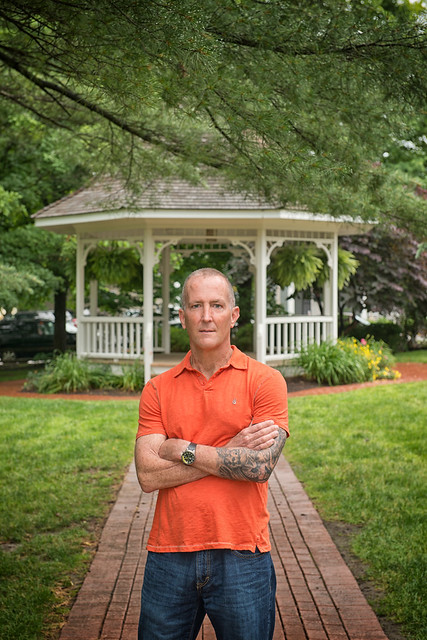 “During all of this, I was told that looking at everything statistically, my life span was eight to 12 years from that point of time. I thought that I might live to see 49. After multiple rounds of chemo, eventually it quit working, and in 2006, I got really sick.

“I had part of my lung removed and eventually had a bone marrow transplant with my brother as a donor. That really saved my life at the time, though it didn’t cure my disease. I had chemo several more times after that.”

Lintner literally knocks on wood, “I haven’t had any chemo since July of 2011 and have been in remission since.”

As he got closer to 49, it became evident to him that he was likely to live to see his 50th birthday.

“I thought that if I hit 50, I’m going to have a big party,” Lintner exclaimed. “The original idea was that I would have a party for my family and friends. I’d get a local band, find a farmer’s field, get some kegs of beer and just have fun. Then at my work, we started talking about booking a national band, inviting a bunch of people and trying to raise some money to give back.”

Through his connections, Lintner linked up with Cebronica Scott, an entertainment and corporate event planner, with 317 Events and Cathy Katz with Jägermeister. After a litany of brainstorming sessions, Lintner’s team had decided on throwing a music festival on Georgia Street in downtown Indianapolis.

They got connected with the local alternative rock radio station, ALT103 (formerly X103), and they hosted five bands, entertained approximately 5,500 people and raised $50,000 at their first event held in 2013. The following year, they raised $60,000 and over 6,800 people attended. In 2013, Lintner established the Lintner Foundation.

“Our mission is to provide assistance to people, either directly to or through other organizations, that are dealing with cancer to pay for medications, gas, lodging and things that insurance won’t pay for,” Lintner said. “Our first year, we gave away $50,000, and half went to St. Francis where I had my bone marrow transplant.

“They have a bone marrow assistance fund which pays for additional costs that insurance won’t cover. They have some apartments that the foundation has funded. For our event this July 4, we are excited to have ALT103 back on board. 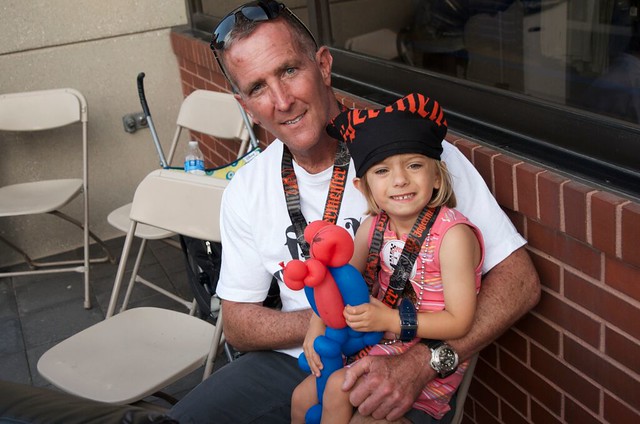 “My ultimate goal going forward is to have four stages and draw in 100,000 people. I want to make it the event for the Fourth of July in downtown Indy. We end our show at 9:30 p.m., so that the city can light the fireworks. We have a kids’ area, and many of the local restaurants participate and bring out food.

Jägermeister is one of our major sponsors and provides a stage free of charge. A giant Jägermeister truck comes in, and the stage unfolds. “We are grateful to have the support of many incredible people and organizations.”

“When you get told that you have cancer, it is a very life-changing event,” he softly stated. “In all areas of my life, I’ve really stepped it up. Stuff that I was going to do, I’m doing now.”

Lintner is an avid big-game hunter. He hunts big and exotic game in Africa, Russia, Australia and New Zealand.

“I look at this event as my legacy. My daughters Hannah and Madeline, both graduates of Zionsville High School, will hopefully carry this on when I am gone. My advice to people that I know and meet is don’t wait until you have something like cancer to do the things that you want to do.” 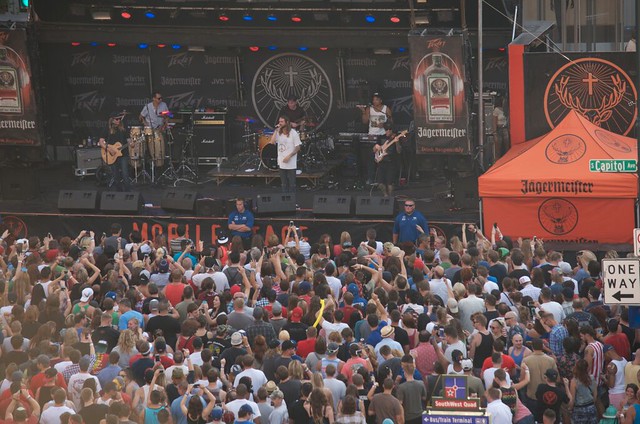 Tickets are available now for the third annual “IndyPendence Day Concert for Cancer” presented by the Lintner Foundation and their sponsors. The concert festival fundraiser will feature Puddle of Mudd along with Sick Puppies, Hoobastank, Lit, Trapt and Alien Ant Farm.

The charities benefiting from the concert are the Leukemia and Lymphoma Society and the St. Francis Hospital Patient Assistance Fund. Sponsorship dollars will be used to provide both cancer research opportunities and direct patient assistance.

The concert will be held July 4 on Georgia Street in downtown Indianapolis and is available for all ages. Advance tickets will be $20 for general admission and $25 the day of the show. Gates will open at noon, and the music will begin at 1:30 p.m., lasting until 9:30 p.m.

“If we could give out another $60,000 and continue to bring out more people for this event, I would be truly happy,” Lintner concluded.

For more information on the upcoming fundraiser concert visit indypendenceday.com.